A recent study done by a team of psychologists released a new article in the American Psychological Association suggesting that if a school shooting occurred by a White person that people are much more likely to blame video games as a result. 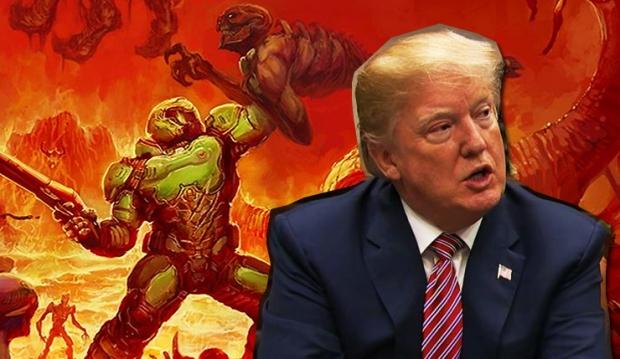 The following researchers were apart of the team who conducted the study; Patrick M. Markey, James D. Ivory, Erica B. Slotter, Mary Beth Oliver, and Omar Maglalang. The study found that there is a stereotypical association between racial minorities and violent crime, which causes individuals to look for easily digestible explanations such as video games as the source of the problem.

The study also found that when a violent act of crime such as school shooting is carried out by White perpetrators that individuals are likely to blame video games more than if the perpetrator is Black. It is also stated that video games were talked about 8.35 times more frequently when the perpetrator is White than if he was Black. In other news about video games and their supposed link towards causing real-world violence, Oxford released a study at the start of the year putting the debate to bed, more on that here.

"Research has consistently found that violent video games are not related to real-world acts of violence, such as homicides or school shootings, and various professional societies have explicitly noted that research does not support such claims. Even with such evidence, scholars, lawmakers, and the media frequently link video games to school shootings, especially when the perpetrator is White. One possible reason for such a linkage is that there is a stereotypical association between racial minorities and violent crime.

This may cause individuals to seek an external explanation (like violent video games) when attempting to understand why an act of violence was carried out by a White perpetrator. However, when such an act of violence is carried out by a racial minority, individuals may not feel compelled to seek an external explanation because the race of the perpetrator fits their stereotype of what a violent criminal looks like. Consistent with this notion, the experimental nature of Study 1 provided evidence that a perpetrator's race causes individuals to blame video games for the violent act more often when the shooter is White than when the shooter is Black. In a similar manner, Study 2 found that video games were discussed 8.35 times more frequently when the perpetrator was White than when he was Black.

Media pundits and other public figures appear to be quick to suggest that video games may be to blame for horrific acts of violence when the perpetrators of these crimes do not fit their image of a person who might commit a violent crime. Given the growing body of research failing to find links between video games and real-world acts of violence, hopefully, media, politicians, and scholars will be more cautious when discussing media effects in the context of school shootings. Such a concern is particularly relevant given the findings from the current research indicating that such links appear to be embedded within a broader concern of racial stereotyping."