It was awhile back that we caught wind of the next Total War game to be taking the Trojan War setting, and while that was a mere rumor back then the news has now been confirmed.

The news has come from both Creative Assembly via a teaser announcement and also a Redditor who spotted a PCGamer magazine with the games official announcement on the cover. Starting off with the Redditor, in the entirety of this article you will find the image which shows a world exclusive for "Troy A Total War Saga".

Players will be battling in a "world of gods and monsters" which can only been that the Olympians and their plethora of mythological monsters and beasts will be present within the title. We can expect that likes of Zeus, Poseidon and Hades, as well as monsters such as minotaur, centaur and medusa. Creative Assembly took to their official Total War Twitter page to post the above teaser, tune into their livestream where they will no doubt officially announce the title. 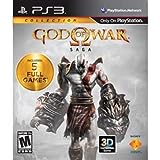