One of the most anticipated TV shows of 2019 would have to be The Witcher series on Netflix, and thanks to Netflix itself -- we should expect Henry Cavill's next big adventure on December 17. 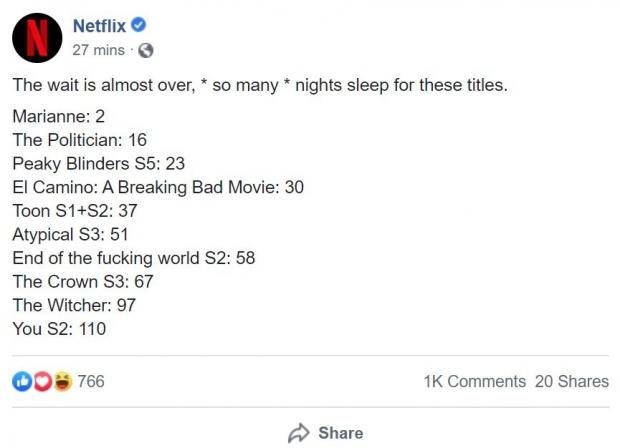 The official Twitter account for Netflix and Facebook posted a new list of titles and how many sleeps there is until their respective releases, with The Witcher coming in 97 sleeps. There are 97 sleeps between when it was posted -- September 11, and December 17. Math, ya know.

Netflix's own posts on both Twitter and Facebook have been removed, so we're only going by some screenshots that some very quick users snapped. December 17 can't come soon enough!