The new handheld-only Switch is smaller than the original, but it's not exactly miniature. 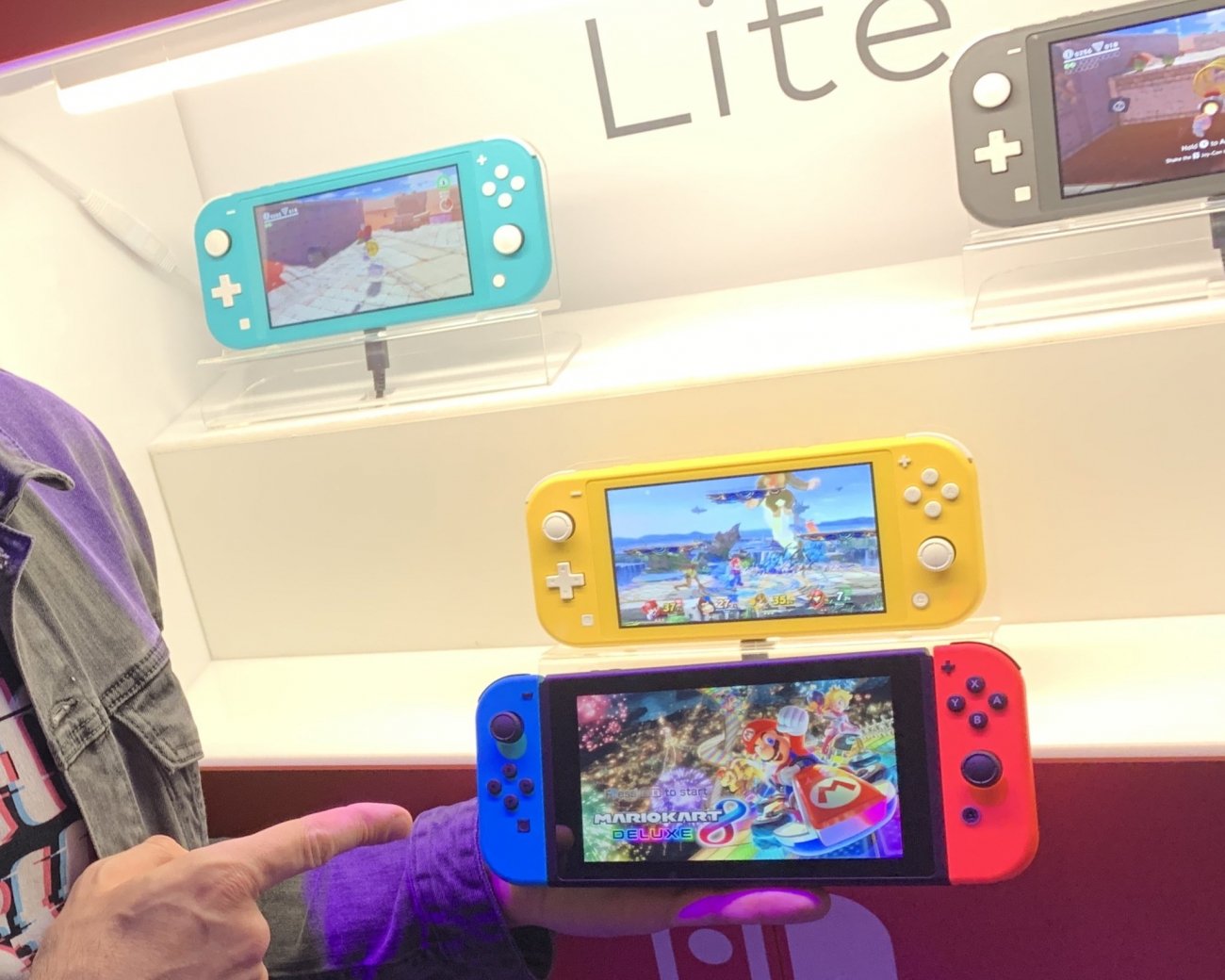 The main selling point of Nintendo's new cheaper $199 Switch Lite is handheld-only gaming in a more mobile-friendly package. It's got a smaller 5.5-inch 720p screen (compared to the normal Switch's 6.2-inch display) and a shrunken chassis. But we've yet to see any side-by-side comparisons to show off just how much smaller it is...and the answer is kind of surprising.

A recent snap from IGN's Brian Altano delivers a direct side-by-side comparison of the Switch Lite and the normal transforming Switch hybrid. The Lite isn't that much smaller than the base unit. The Lite's materials do look cheaper in quality though, and I'm worried about those JoyCons. The upside is the new Switch Lite sports a shrunken Tegra X1 revision on 16nm for improved battery life, cooler temperatues, and increased power efficiency.

The downside? It can't connect to a TV or be docked, so it's locked to handheld-grade performance in all its games (Switch games have two modes: handheld, which is lesser FPS and resolution, and docked, which unlocks part of the Tegra X1 for maximum performance up to 1080p 60FPS).