Gamescom 2019 - Microsoft has just finished their Gamescom 2019 announcements and as expected they have added a new line of games to Xbox Games Pass.

Microsoft has detailed a new line of games that will be coming to the Xbox Games Pass over the course of August. The list of games that will soon arrive on the service is: Age of Empires: Definitive Edition, Devil May Cry 5, Stellaris, Ape Out, Kingdom Come: Deliverance, Bard's Tale IV: Directors Cut and Blair Witch.

The games will be added to the Game Pass' library from August 19, starting with Age of Empires: Definitive Edition, Devil May Cry 5 and Stellaris. Then on August 22, Ape Out and Kingdom Come: Deliverance will be added and then finally followed by, Bard's Tale IV: Director's Cut and Blair Witch on August 27th and August 30th. If you are after additional descriptions on any of the mentioned games, visit the official blog post on the Xbox website here. 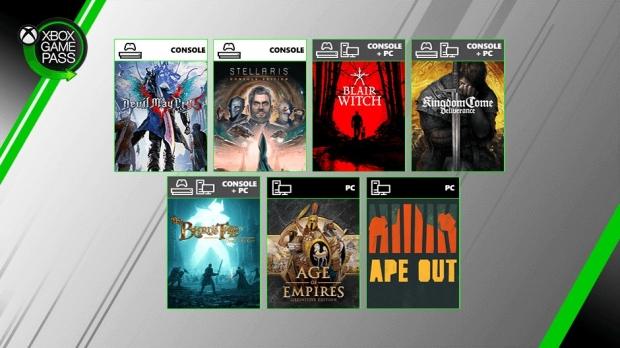