What many consider as the car that molded Porsche into what we see today was accidentally auctioned falsely for $70 million, a settlement was later solidified at $17 million.

At the Monterey Car Week in California, bidding started for a super 1939 Porsche Type 64, a car that according to Wikipedia is "considered by many to be the first automobile from what was to become the Porsche company, and a true design precursor to the post-war production model". Looking at the above video we can see that the bidding began at $13 million and then jumped to $30 million, which is where the mistake first began. 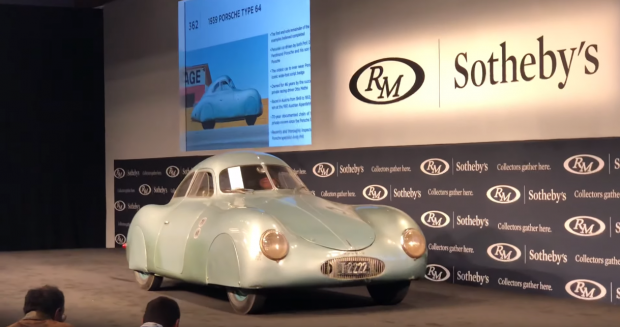 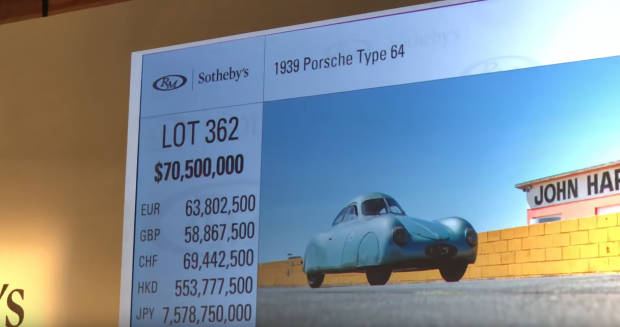 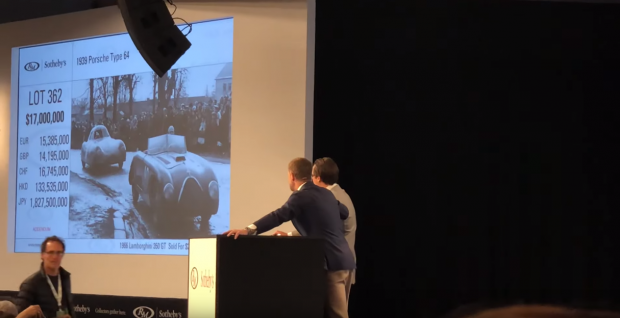 RM Sotheby's still lists the car on their website even though the car was supposedly auctioned off for $17 million. They also gave a statement saying that "As bidding opened on the Type 64, increments were mistakenly overheard and displayed on the screen, causing unfortunate confusion in the room. This was in no way a joke or prank on behalf of anyone at RM Sotheby's, rather an unfortunate misunderstanding amplified by excitement in the room. The auction was not canceled. The car reached a high bid of $17 million."