A brand new next-generation spacesuit prototype has been created and could be what astronauts wear when they are traveling back to the Moon or better yet, to Mars. 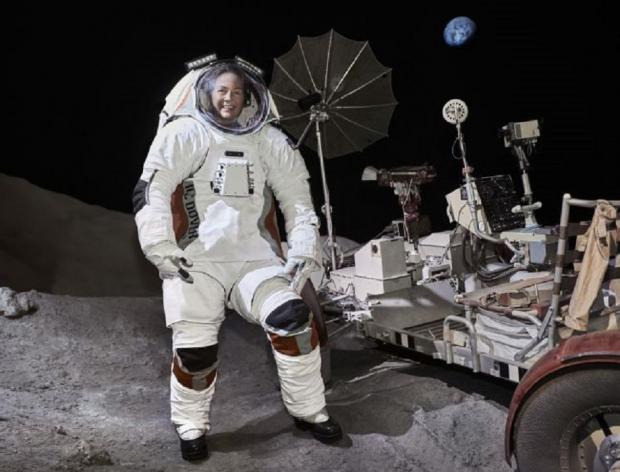 ILC Dover and Collins Aerospace have worked together to develop the next-generation spacesuit that could take astronauts far and wide in our solar system. The new suit is called 'Astro' and features upgrades across the board when compared to the spacesuit that astronauts used to land on the Moon. According to the announcement, 'Astro' was designed and built with future crewed space missions in mind, these include the planned lunar landing by 2024 and even the future Mars landing.

The new 'Astro' suit boasts a number of improvements for the user, including mobility, improved carbon dioxide-removal tech that allows for longer missions, improved motors, electronics, torso size/design and much more. The suit also comes with a "life-support backpack" that will regulate pressure while also providing oxygen and cooling for the user. 'Astro' can be used for both spacewalks and surface walks by simply switching its mobility configuration.

Patty Stoll, Senior Director & Division Manager of space systems at ILC Dover said "ILC Dover has developed a walking lower torso that provides all the mobility an astronaut will need to explore the moon or Mars without burdening the suit with unnecessary weight that was traditionally considered necessary for a 'walking' exploration spacesuit. Both the zero-gravity and walking lower torsos attach to the upper torso via a quick disconnect, allowing an astronaut to easily switch between the two depending on the mission."