We should expect to hear more about Sony's next-gen PlayStation 5 console in the coming months to wrap up the year, before the full hype train begins in 2020 -- but what about the most important thing... price? 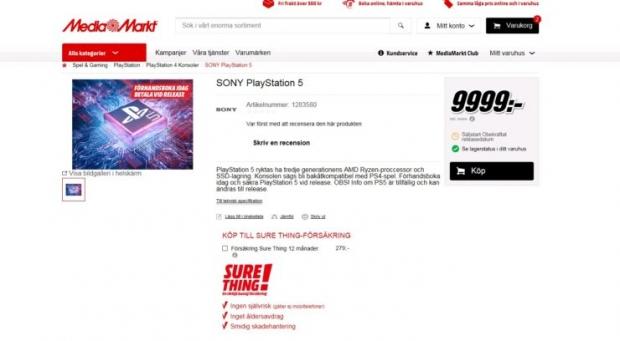 MediaMarkt Sweden has the new PlayStation 5 up for pre-order now for $1050, and is most likely a placeholder, but a high placeholder that I think is for good reason. Sony is putting its all into the PS5 and with it most likely rolling out with 4K 60FPS gaming thanks to the massively more powerful Zen 2 and Navi architectures from AMD both on 7nm.

This won't be cheap, and nor should it be cheap if we're truly talking high-end PC gaming at 4K 60FPS, a $1000 price point would be a helluva deal. Console gamers might be used to the $300-$400 sweet spot for consoles, but we're in a different age now where people are more comfortable spending $1000 on an actual great console (hardware wise) versus the potatoes they've had in the last 10 years.