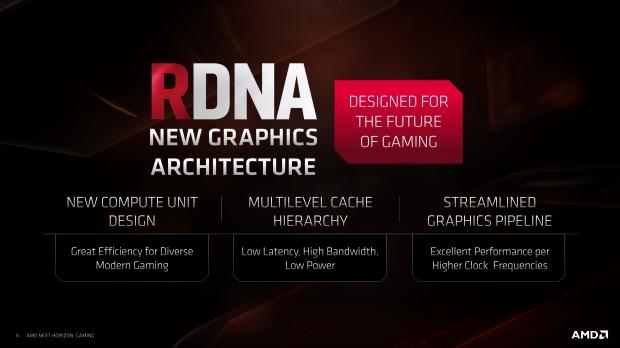 The latest rumor is about Navi 14 that will go into the Radeon RX 5600 series graphics cards, based on the same 7nm RDNA architecture but knocked down from the Navi 10 GPU on the RX 5700 series. The new Navi 14 GPU should include 24 RDNA compute units (with 64 stream processors), for 1536 stream processors in total compared to the 2560 SPs inside of the Navi 10 GPU with Navi 14 taking up to 1900MHz GPU clocks, max.

I think we'll see something landing right on, in between, and matching the Radeon RX 590 and Radeon RX Vega 56, respectively. We will see in the coming weeks as more rumors, and hopefully a new product materializes.