Google's new Stadia game streaming platform will sell games a la carte as well as bundle them into its monthly pro subscriptions.

There's two subscription options: a free version that requires gamers buy big AAA games like Destiny 2, Borderlands 3, and Ghost Recon: Breakpoint separately like any other storefront, and Stadia Pro, a $10 a month tier that nets you access to a pool of premium games that're added over time. Google only announced Destiny 2 as part of the Stadia Pro service, so we'll still have to buy games outright (but subscribers will get a discount).

The obvious drawback to buying games on an online-only service is that you lose access to them if there's any interruptions--or if you lose your connection. A lot of the bigger games are service-based online titles but some like Metro Exodus and Assassin's Creed: Odyssey are purely singleplayer.

Games pricing will be the big determining factor here.

The company's synergistic intent is clear. Google is hoping gamers will try Stadia Pro and then buy the games they actually like once their subscription ends. This is the Game Pass Effect, and it's made Microsoft tremendous revenues over time. Oddly enough the free version of Stadia won't be available until 2020, which is a huge blow to the platform's main goal of accessibility. Stadia Pro will release in late 2019. 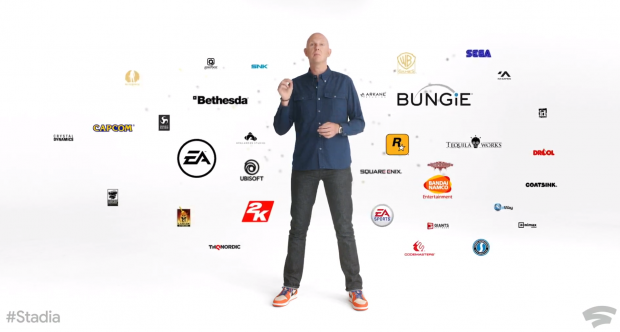 "No downloads, no patches, no installs--just grab you controller and jump in."

The following games were announced for Stadia at launch: