Computex 2019 - FSP had what I thought were two of the best modded PCs on show at Computex 2019, in amongst a bunch of PSUs that the company is better known for.

Just look at this, it's utterly gorgeous. The modded PC is split into two: the PC below with its Dagger Pro PSU and Bitspower watercooling products, while the top layer is a place of Zen. The attention to detail is beautiful.

See what I mean? The touches on the tiles on the roof or the trees and grass and even individual steps. 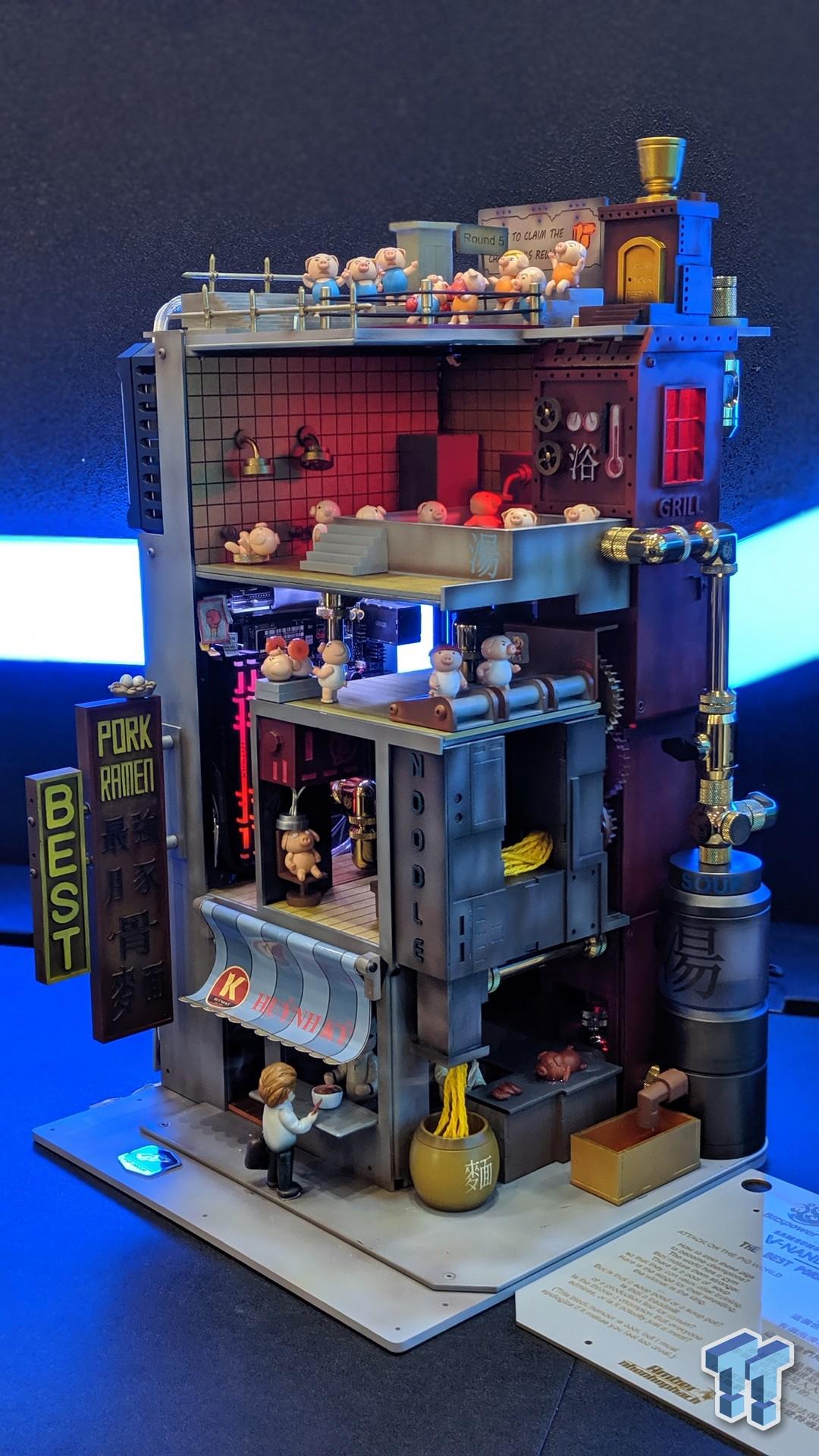 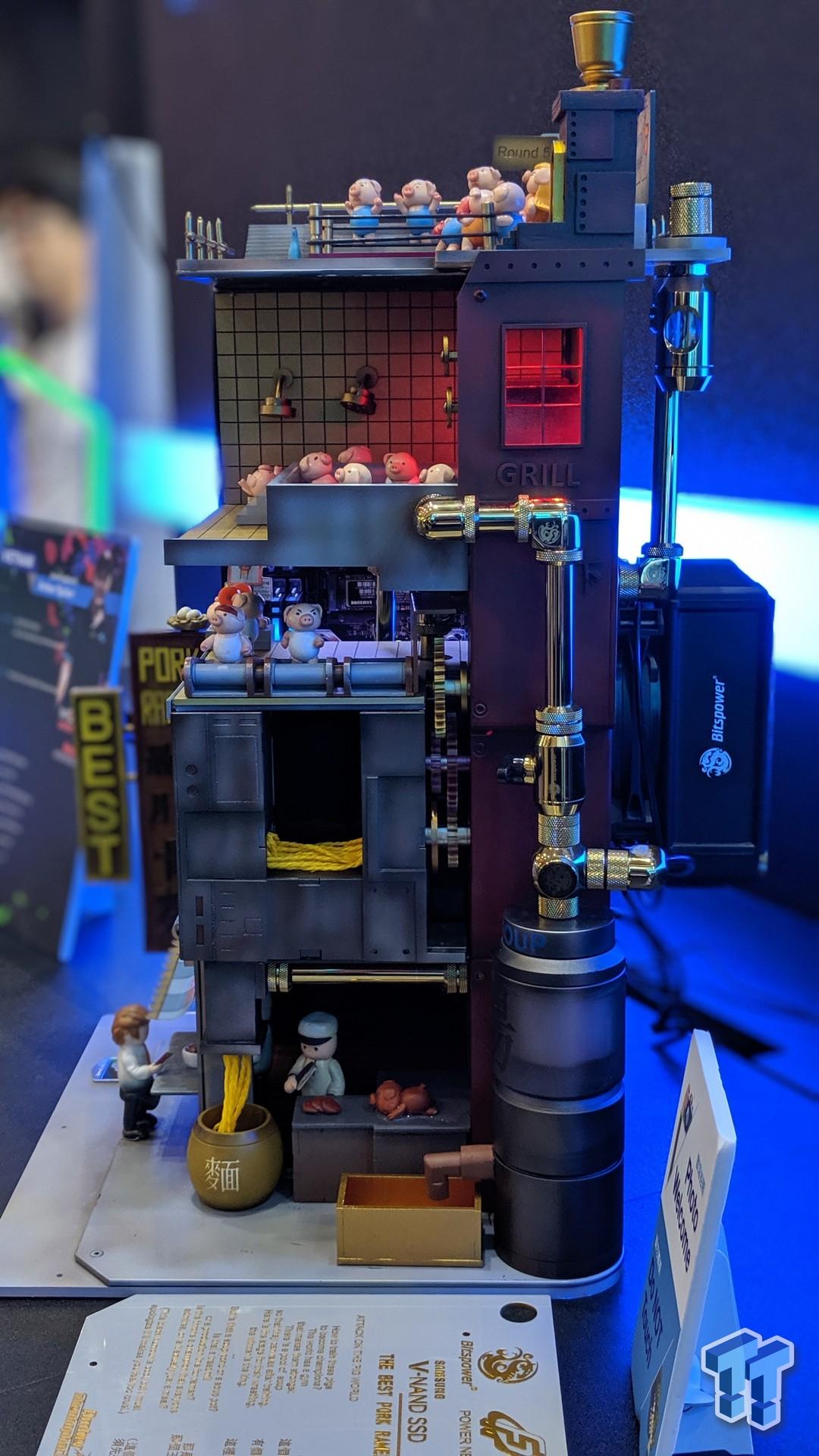 Next up is what was one of the coolest mods I saw at the show, hands down. It is a 5-layer world called Best Pork Ramen, where the pigs I guess fight to the death and then get grinded in the end, into the Best Pork Ramen.

The top layer, where the pigs fight to claim the champion's reward... or do they?

Second top layer, where they are enjoying their victory in a spa powered by Bitspower cooling products.

Middle layer, the work out before they're turned to mince where below that you can see the pig having its insides pulled out (I guess?! haha).

Finally, the bottom layer of Best Pork Ramen which is being served up to a hungry customer.

One of the big moments in FSP's show at Computex 2019 was showing off the new Hydro G Pro that has off-wet moisture-proof coating on its components for the harsher environments in Asia. It will provide power to a PC in an 85% humidity environment, and still operates even in 95% humidity.

See? It's in the middle of a mini rain forest on the floors of the Nangang Exhibition Hall.