We are now officially less than 24 hours out from Lisa Su taking the stage for AMD's huge Computex 2019 keynote, and now there is a monster new leak that teases some incredible performance from the 6C/12T offering in AMD's upcoming Zen 2 family of processors. 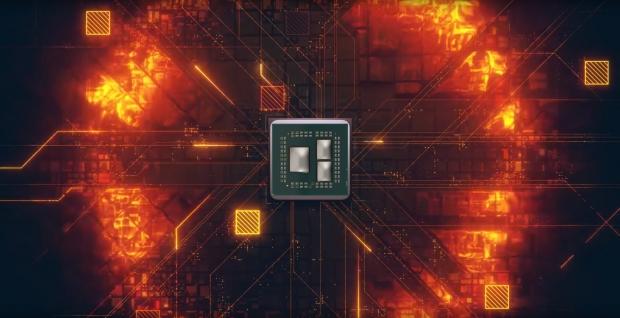 The news is coming from a leaked Geekbench result which is a 6C/12T chip in the Ryzen 3000 series family, with this chip rolling out with a base CPU clock of 3.2GHz and boost CPU clock of 4GHz. It seems to be suspiciously identical to the previously-leaked Ryzen 3 3300 that was meant to cost $99... and if these leaks are anything to go by, we can expect performance up to the current Zen-based flagship CPU in the Ryzen 7 2700X (which is an 8C/16T chip).

AMD's purported Ryzen 3 3300 scores 5061 in the single-core Geekbench test while the multi-core score sits at 25,481 -- comparing this to the Ryzen 7 2700X which scores 4923 and 25,209 for single and multi-core tests, respectively. If AMD is able to achieve higher performance from a CPU with less cores and threads, at this type of price... well, it almost sounds too good to be true.

The rumored price of the Ryzen 3 3300 is just $99... which would do some serious damage to not just AMD's own first- and second-gen Ryzen CPUs but the entire stack of Intel CPUs at sub-$300 or so.

We only have a few more hours to wait until Lisa unveils it all, but from what I'm seeing, reading, and more so hearing from my own sources -- we should be VERY excited for tomorrow and the unveiling of Zen 2.