ASUS has just unveiled its latest member in the ROG STRIX family of AIO coolers with the new ROG STRIX LC 120 and LC 240 that both drop the OLED display to keep the costs down, where instead it features the ROG eye with RGBs. 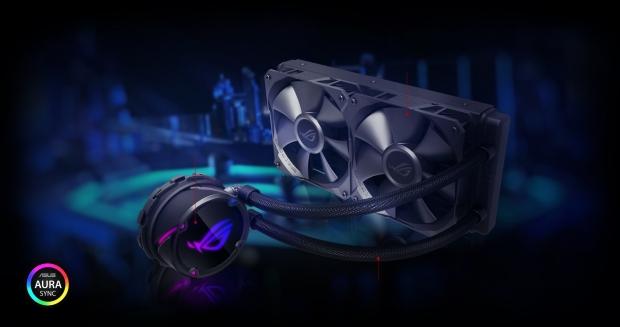 The new ROG STRIX LC 120 and 240 series AIO coolers work on virtually all sockets including the TR4 socket for Ryzen Threadripper CPUs, but you will need a separate part for that. The normal AM4 socket is supported, as well as virtually all of Intel's mainstream CPU sockets: LGA 115x, 1366, 2011, 2011-3, and 2066. The higher-end LGA 3647 socket isn't supported, but it shouldn't be expected on a more budget-friendly AIO cooler.

The coolers use rubber tubing with braide sleeving, so even though they're cheaper ASUS isn't skimping on everything. We're looking at a copper-plated CPU block and RGB lighting effects thanks to ASUS Aura, while the 120/240mm radiators rock ROG Ryuo fans that spin betwen 800-2500RPM. 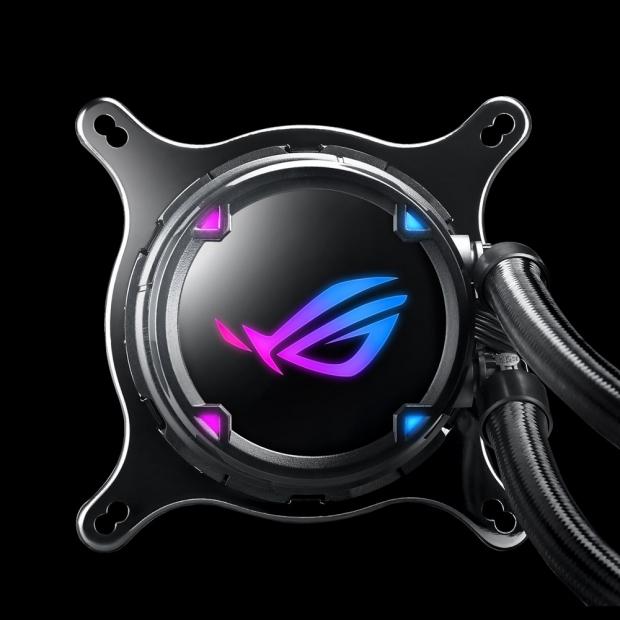 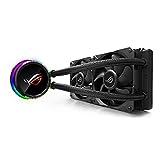