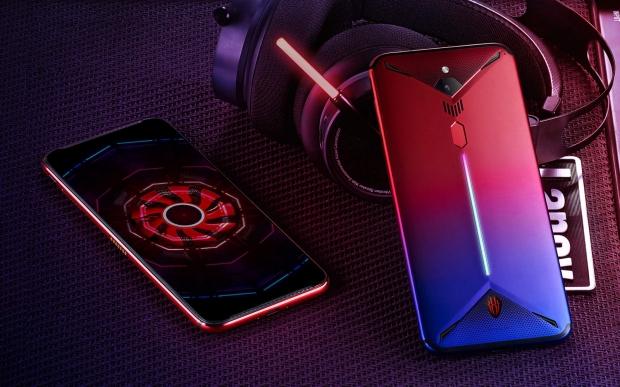 The display is also shaping up to match the internal specs with a 6.65-inch FHD+ AMOLED display at 90Hz refresh rate, bringing it closer to the 120Hz display on the Razer Phone 2, except it is much cheaper.

There's a huge 48-megapixel camera thanks to the Sony IMX 586 sensor used, while the front-facing camera is a 16-megapixel snapper. The camera can handle 8K video recording which is super impressive, something the Snapdragon 855 is able to handle and I'm interesting in testing it with my 8K display. Nubia has included an equally-as-impressive (and large) 5000mAh battery and 27W fast charging with Qualcomm Quick Charge 4.0 support. It is a gaming phone, so the 3.5mm audio jack is very welcomed here, Nubia.

All of this hardware requires some serious cooling with Nubia using a "liquid cooling" copper heat pipe that is helped by a fan that reportedly runs quietly at up to a huge 14,000RPM. Nubia's use of an active cooling fan on the Red Magic 3 gaming phone is reporting 5x better at heat transfer performance versus conventional passive cooling in competing phones.

Nubia has gamers' backs with an