Bethesda may not understand live games very well, as Fallout 76's weird mishandled engagement proves, but they understand how to push mobile monetization.

According to analyst firm SensorTower, Bethesda's new free-to-play The Elder Scrolls: Blades mobile game has amassed over $1.5 million in microtransaction earnings in a single month. Blades has been immensely criticized for its blatant nickle-and-dime F2P tactics, which allows users to buy currency to reduce wait timers on chest unlocks. Overall the game delivers a very casualized and pared back Skryim-lite experience where time is monetized in a very direct way.

The findings show roughly 1.3 million users have downloaded the game, spending an average of $1.20 per user. Elder Scrolls: Blades has made an average of $50,000 per day since March 27. All of this spending is early access cashflows and the game could make tremendous revenues once it rolls out freely across iOS, Android, consoles and PC.

This is troubling news and sense a clear signal to Bethesda that their tactics are working. The studio has started pushing harder into live gaming and monetization over the last few years, and many of its core premium franchises are becoming microtransaction-fueled online experiences. Starting first with The Elder Scrolls Online, the once singleplayer-only series is now jumping to mobile with egregious monetization. 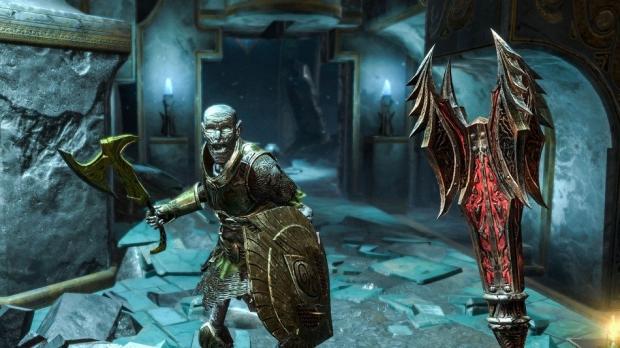 Bethesda won't stop infusing live services into its games any time soon. Its other franchises are being morphed into monetized, online games with spending hooks and engagement-driven opportunities. Wolfenstein: Youngblood, for example, has online multiplayer with optional cosmetic microtransactions. Fallout 76 was the biggest experiment in recent memory, and saw the fan-favorite RPG dramatically watered down to fit in an online wrapper.

We expect Doom Eternal to have some sort of hook, too.

As long as these games keep making money over time, ZeniMax Media, Bethesda's parent company, will keep mandating live content. This could continue to push core IPs farther away from their singleplayer focuses and create watered-down, lukewarm experiences with artificially elongated progression in a bid to incentivize player spending.