The new ROG Zephyrus G has a quad-core AMD Ryzen 7 3750H processor, NVIDIA's GeForce GTX 1660 Ti which is clocked at 1335MHz at 60W under ASUS' own in-house ROG Boost tweaking. There's also up to 32GB of DDR4 RAM and up to 512GB of NVMe SSD storage inside of the laptop. 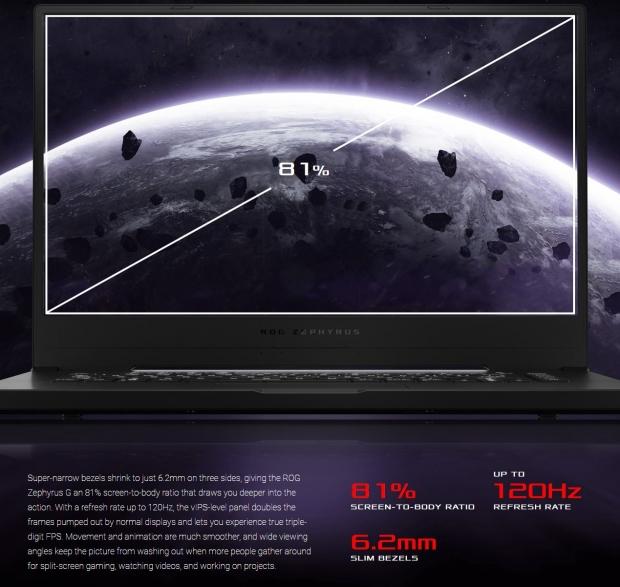 The ASUS ROG Zephyrus G sports a 15.6-inch 1080p 120Hz display which is the perfect blend of mid-range resolution with high-end refresh rate on an well-sized 15.6-inch panel. The ROG Zephyrus G uses an 81% screen-to-body ratio that pulls you into the display, with bezels on three sizes at just 6.2mm. Not the thinnest on the market, but damn thin. 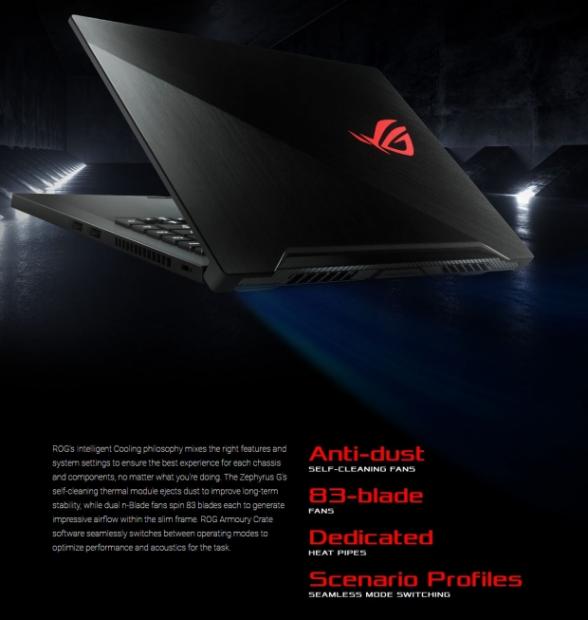 ASUS is well-known for its cooling technology, with the ROG Zephyrus G including high-end cooling with a self-cleaning thermal module that ASUS says "ejects dust to improve long-term stability". There are dual n-Blade fans that spin 83 blades each with "impressive airflow" for the slim frame. ASUS also uses something it calls ROG Armoury Crate which sees software switching operating modes between performance optimization and noise levels for the task at hand. 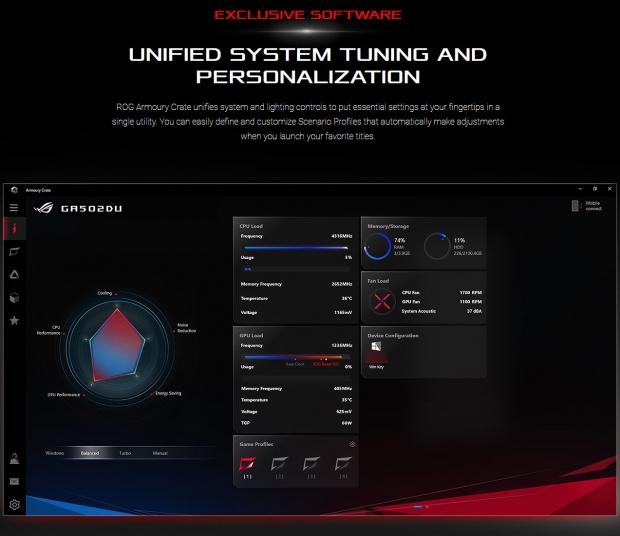 Another nice thing about the ROG Armoury Crate is the full system tuning and personalization you can get out of it, with a great UI to look at, too. 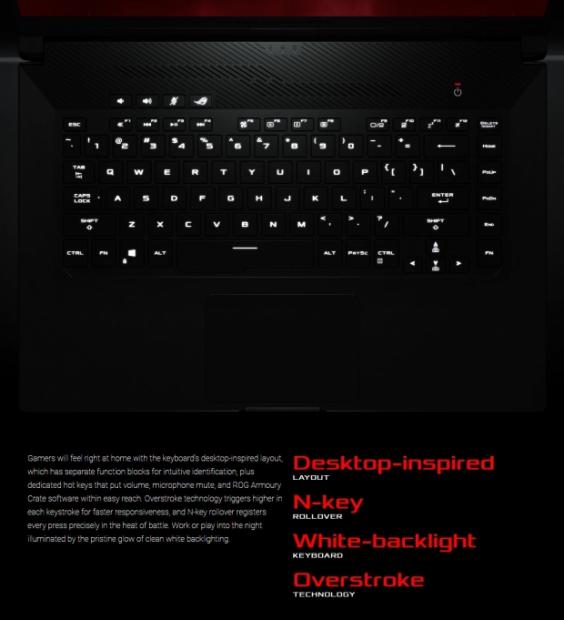 You're well looked after in the keyboard department, one of the most important parts of a gaming laptop. 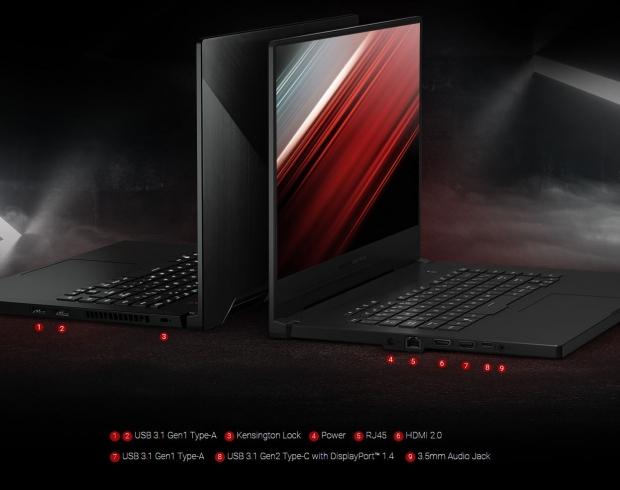 You've got a heap of connectivity on the ASUS ROG Zephyrus G gaming laptop.