You can't deny that Fortnite is a runaway success at this point, with over 250 million players it is the most popular game in this universe right now. In its inertia, Epic Games went from an already ridiculous big gaming-focused company to how-in-the-F much bigger can they get. 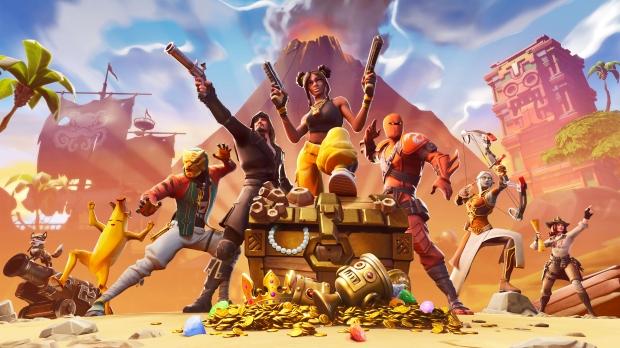 There are 7.5 million developers using Unreal Engine in some form, where it's not just used by game developers but by students and teachers, the medical field, in TV and movies (there's even a kids show called LazyTown that my girls used to love and I saw that the backgrounds used in the show were infused with Unreal Engine). UE is everywhere, and you might not even know or see it.

During a recent interview between Epic Games CEO Tim Sweeney and Business Insider at GDC 2019, Sweeney said that Epic plans to take Fortnite "beyond its roots, and make it a true online world", BI says it best. Sweeney added: "We see that as 'Fortnite' evolves, it's evolving beyond being a game" and that "there'll be more and more interesting things happening in that world" that will let Fortnite "evolve in ways that previous games haven't".

Fortnite has been home to a huge concert in its Unreal Engine powered world, where 10 million players sunk in the experience. Sweeney notes that this is a big deal, and one of its badges of honor amongst Unreal Engine's graphics and cross-platform support.

Back in December the developer unleashed its new Creative mode for Fortnite, which is now home to a can-you-believe-it 100 million players. The new Creative mode is easy to use and gets people playing around with Fortnite in ways you can't in other games, with the end goal for Epic is that it wants to see people transition from just playing Fortnite, to building within the world of Fortnite, to actually moving towards developing in Unreal Engine.

Sweeney said: "We're a digital ecosystem company. 'Fortnite' is the 250 million user version of the tool, which is a game and also a creative platform for 100 million people for building content. Which is an impressive number and bigger than any game engine by far. And then 7.5 million people have been in Unreal Engine 4, the super-high-end content creation tool".

The developer has lofty goals for Fortnite in something that is comparing the worlds of Fortnite and Ready Player One, with Sweeney saying he wanted to build "something like the Metaverse". He added: "It can't be just a game and it can't be just an engine, it's gotta be something that's he runs the full gamut. Nothing like this exists right now, but we're seeing it emerge this year. It's exciting".

Sweeney added: "'Fortnite' has, I think, the most positive gamer community that's ever emerged from a game at this scale. I think it's partly because of the great community, and partly because of the tone set by the game. Half the time when you're eliminated, you're laughing, because the situation that happened is hilarious".