Today Netherealm dropped a new story trailer for Mortal Kombat 11, revealing fresh info about the campaign mode. As we reported a bit ago, the game's story takes us on a time-traveling journey through the series' 25 years of brutality. Following Raiden's slaying of Shinnok and disrupting the balance between good and evil, Kronika, MK11's main villain and the Keeper of Time, resets history from the beginning. So rather than going just forward, players will go backward and relive old classic moments of triumph, mayhem, and gore--all with a twist.

The story sees Outworld and Earthrealm team up to take on Shao Kahn and his horde of minions to cure the temporal rift that's spewing chaotic time shifts across reality.

"Through the immersive story mode, different eras of the rich Mortal Kombat history collide as players take on the role of a variety of past and present characters who must join forces to defeat Shao Khan's Outworld armies and solve the temporal crisis at stake," reads an official press release.

The game will see players fighting shadow versions of themselves during key pivotal moments of the expansive Mortal Kombat saga. Exact length of the story mode has yet to be announced, but so far everything we've seen looks pretty epic. 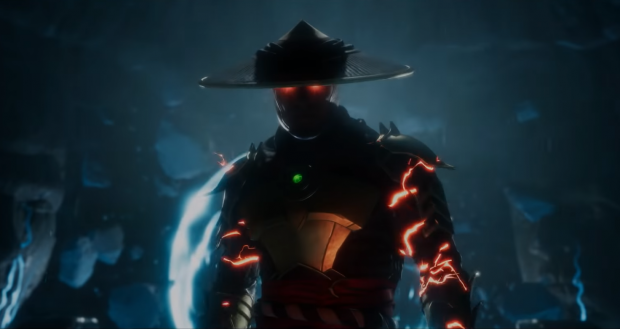