There is many games franchises I would love to see come to Nintendo Switch, and I'd say Capcom's Devil May Cry series is definitely one of them. Why wouldn't you want one of the most classic hack-and-slash series available everywhere? 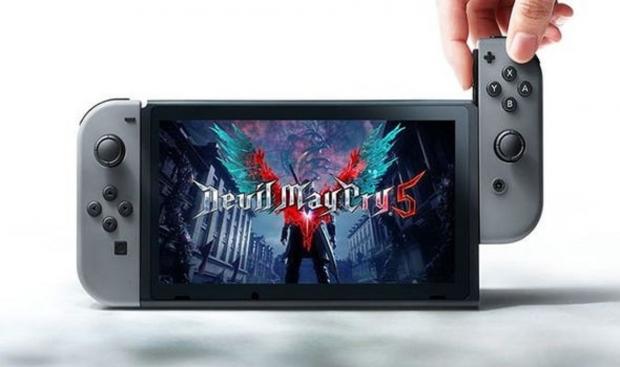 It seems both the producer and director of Devil May Cry, Hideaki Itsuno and Matt Walker agree as well. In a statement to Express Online, the director and the producer said that they would "love" to be able to play a Devil May Cry game on the Nintendo Switch. Walker further explained that he is one of those guys that want to see "everything on Switch", saying that he is "always asking for ports".

I would certainly agree with both Hideaki Itsuno and Matt Walker, having Devil May Cry on the Nintendo Switch would truly be awesome. Would they start off with Devil May Cry 5 though? My guess would be perhaps not first, I would assume Capcom would more likely start off with the earlier releases in the series as kind of an ice breaker. Being an owner of a Nintendo Switch, I would imagine that having a great hack-and-slash franchise such as Devil May Cry completely portable and available anywhere wouldn't result in negative fan feedback. Switch owners would simply eat this game up.

Something else to consider is the possibility of Capcom secretly having the Nintendo Switch in mind when developing Devil May Cry 5. If they are yet to announce this then we they could very well start the Devil May Cry to Switch debut with DMC 5. If Capcom do this, it would truly be epic. Devil May Cry 5 will officially launch on PS4, Xbox One and PC on March 8th, 2019.