In a strange move, FOX will piece together Alien: Isolation's CGI cutscenes to make a "show" out of. But why? If we're right, their motivations are quite interesting.

Today IGN announced it'll have exclusive premiere rights to a 7-episode Alien CGI series centered around Amanda Ripley. But rather than being totally original, the series will use pre-existing footage from Creative Assembly's Alien: Isolation masterpiece. "20th Century Fox has expanded on Alien: Isolation by taking the cut scenes from the 2014 game and adding in new story beats to bring the tale of Amanda Ripley to life in a whole new way," IGN writes.

This is a tactical decision on FOX's part, one that ties into its big plans for the Alien game universe. The show is the "watch" part in the company's recent "read, play, watch" Alien marketing campaign. The company is likely re-releasing this footage to remind everyone about Ripley's story and re-engage the audience, ramping up visibility before it drops its big new Alien online multiplayer shooter that's in development at FoxNext for consoles and PC.

The Alien "digital series" should just be a way to bring more eyes to Amanda Ripley's expanded universe while Fox prepares its next big game reveal. We expect Ripley's story will continue in the new Alien FPS, and she should be a major influence on the events of the game.

In fact, we've predicted the Alien FPS will follow the same formula of the first two original Alien films. Here's how it'd look: 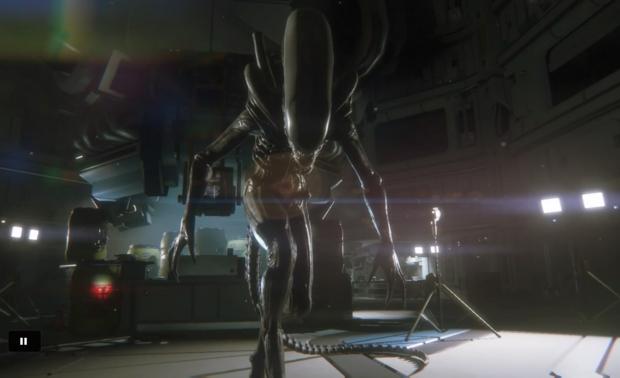