In celebration of Stunlock Studios' MOBA and battle royale combination, Battlerite Royale moving out of Steam Early Access the developer is also releasing a massive patch for the game.

Stunlock Studios have issued out an official press release to detail the changes that will be coming within the patch. The press release says that three brand new champions will be added to the game; Oldur, Taya and Pearl. Each of the champions mentioned will be completely unique from on another, Older will be able to bend time and space around him, Taya will have the ability to summon wind and create tornados, Pearl will be able to use the power of the ocean and currents.

Stunlock Studios will also be adding what is called a "Battle Pass" system which can offer potential players a Free Pass and then if they are interested, a Premium Pass for some juicy cosmetic upgrades. Johan Ilves, Marketing Director at Stunlock Studios gave a statement regarding the announcement; "We know that our community has been looking forward to the free-to-play launch of Battlerite Royale for months and we are thrilled that this day has finally arrived. Today we are also releasing the BIG PATCH so both Arena and Royale players can expect lots of new features, taking the Battlerite universe to the next level."

If you are interested in any more information regarding the patch, visit the official Battlerite Royale website here. If you would like a direct link to the Steam listing for the title, you can check that out here. 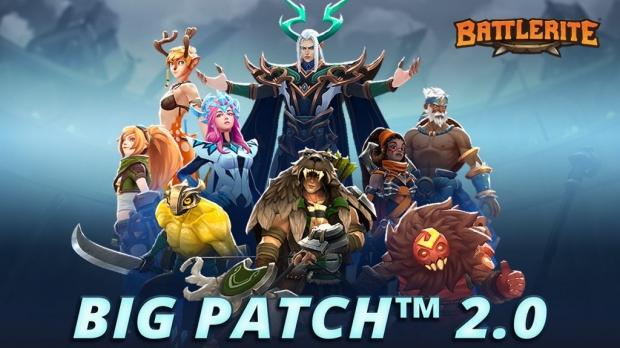