Ubisoft is opening up the private beta gates for The Division 2 between February 7-11 but before we get to the starting line, the company has better detailed what to expect in terms of content from The Division 2's upcoming private beta.

The Division 2 private beta will include two main missions that will take place at the Grand Washington Hotel and Jefferson Trade Center, while the Dark Zone and Conflict modes are both teased with the latter including skirmish 4v4 PvP mode. Ubisoft has also teased the End Game content that will kick off on February 8 at 5PM CET, and it'll include one invaded mission and three specializations. 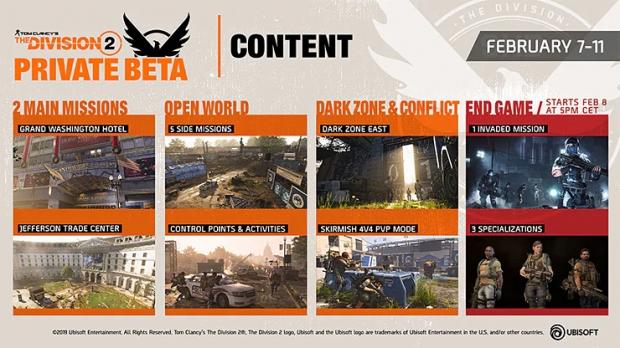 Ubisoft details the private beta that will feature a "portion of The Division 2's end game! After completing Jefferson Trade Center for the first time, you will gain access to an end-game mission that unlocks three level 30 characters on your account. Upon logging in with one of these characters, the end game mission will begin. Each character is equipped with a different Specialization, so feel free to find your favorite!" 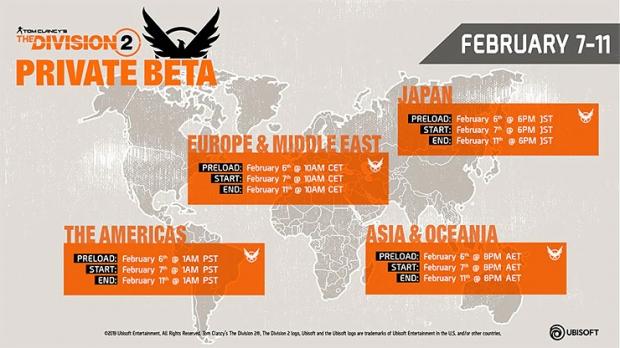