Samsung has just teased its next-gen Galaxy S10 smartphone with its unveiling at the Samsung UNPACKED 2019 event on February 20, but what will we find inside that'll be completely new? A cryptocurrency wallet would be one of those things, and that's what the Galaxy S10 is rumored to have. 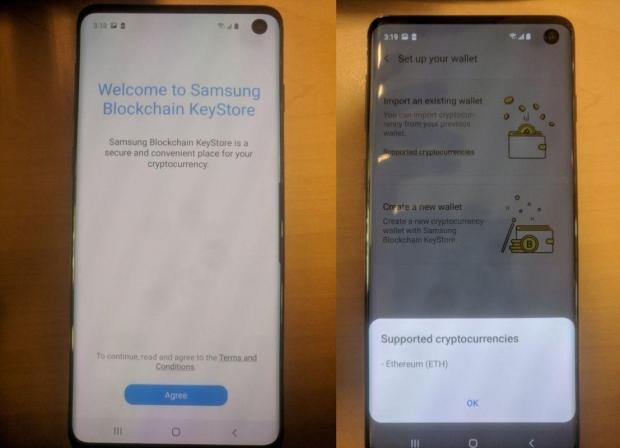 The Korea Herald is reporting that Samsung will unveil a new version of Samsung Pay that will feature blockchain technology and support for cryptocurrencies, so that you can use crypto to pay for things with ease - all on your new Galaxy S10. An industry official was quoted: "The arrival of the new Samsung phones could start popularization of the cryptocurrency wallet system in Korea".

Samsung will reportedly have a hardware wallet (cold wallet) that will store Bitcoin, Ethereum and other coins there will be an internet-conneccted wallet for transactions.