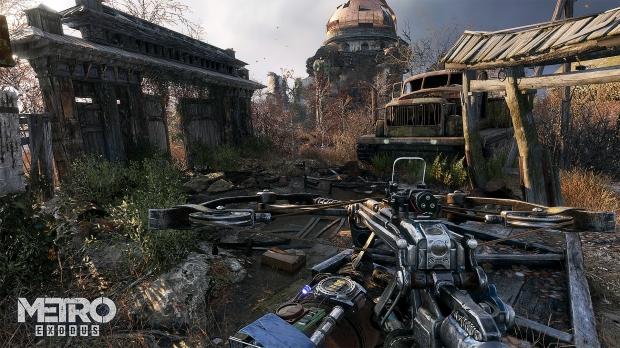 With its huge open-world scope and reactive storytelling, Metro Exodus isn't content with being the biggest Metro game yet: it's also doing awesome things with gunplay. The new shooter will have a wide array of customizable weapon mods that transform specific weapons into other gun types. Gamers can slap on a scope and a stock to a pistol and change into a rifle, or pop on a heavy barrel and an extended magazine to make it a bastardly rapid-fire SMG. Mods like scopes, barrels, stocks, and magazines can change up weapon performance by boosting (or reducing) stats like range, firepower, accuracy, etc.

"Using a new customization system, you can evolve your arsenal in the field, effectively adapting to any situation. Whether it's as a silent assassin, a close-range heavy-hitter, or anything in between, there's a multitude of options available to fit your preferred style of play," 4A Games said in a new Metro trailer.

Metro Exodus has four different weapon classes, all of which transform:

This modular crafting fits perfectly with the franchise's gritty survival setting and brings some interesting new strategic elements to the mix. I for one can't wait to see how the game actually plays with this new mix-and-match system, and want to try out all kinds of different mod systems in the open-ended shooter.