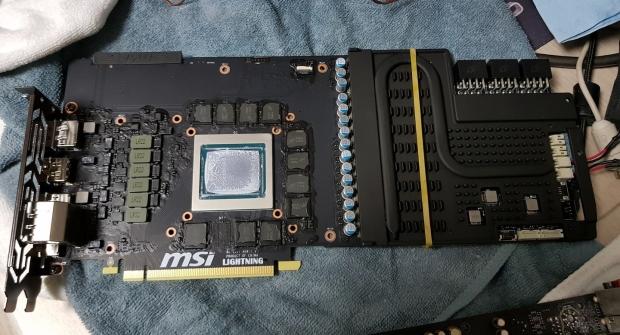 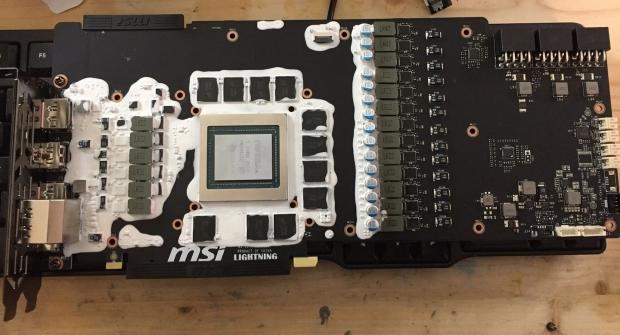 There are multiple fan connectors and voltage connectors on the end of the card, with the entire end of the card cover ed in its own awesome heat plate that should keep that side of the card cool. This is a big deal for overclockers and enthusiasts, as there will be a LOT of power going into these cards when they're pushed to beyond their limits with LN2 cooling and the like.