Earlier this month Geoff Keighley teased "worlds will change," an interesting message written in the Weyland Corporation script. Everyone thought a new Alien game would be revealed at The Game Awards 2018, and Hideo Kojima's recent visit to 20th Century Fox ignited this speculation further. Could Kojima Productions be involved? Maybe the visit was just a coincidence, or maybe he went along with Keighley to see the mysterious new game. But now we have some concrete evidence: a newly filed trademark. 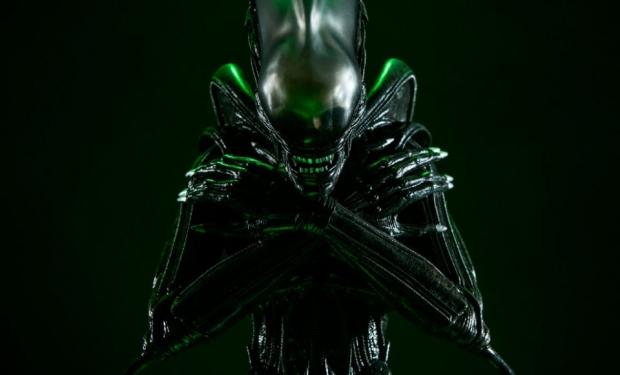 20th Century Fox just trademarked "Alien: Blackout" on the World Intellectual Property Organization, which should be the name of the new game. The trademark is directly classified as games software and may actually have online elements of some kind, possibly even live service content (it's more likely referring to online digital distribution, though). At the time of writing the trademark hasn't been approved and is still under review.

The trademark doesn't give any other clues about the game. Hopefully it's still a horror-based survival experience akin to Alien: Isolation, but it could also be an action-based game to court mass-market consumers. Maybe a shooter that blends horror and survival together?

It's been four years since the last Alien game. Despite being a terrifying and engaging singleplayer experience, Alien: Isolation didn't sell very well. As a result a sequel wasn't greenlit and Creative Assembly moved on.

It'll be interesting to see if SEGA will be handling development of Alien: Blackout, and whether or not 20th Century Fox will pivot towards a more online-based model versus a static singleplayer game. Many publishers and games-makers are moving towards live games as a means of making continual revenues via microtransactions and other engagement monetization.

The Game Awards showcase will be held on December 6, 2018 and we'll be sure to keep you updated with all the relevant info.