Bandai Namco have announced today that they will be bringing JUMP FORCE fans a Premium Edition to purchase. The Premium Edition will be arriving with a bunch of goodies but will set you back a pretty penny. 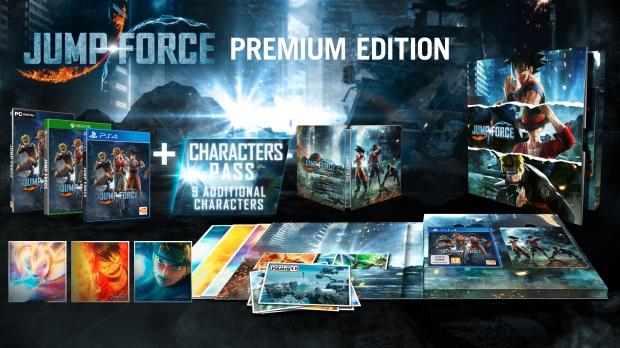 According to the announcement on the Bandai website, the Premium Edition will include the full game with additional 9 characters, a steelbook, 3 art boards and a set of postcards that give buyers a "unique souvenir of each places visited in the game and get a nice view of all the battle stages."

This Premium Edition will be for players that want everything they can get with the coming JUMP FORCE and don't mind paying the extra money. According the Amazon listing, the Premium Edition will be coming in at a price of $260, view the listing here. JUMP FORCE is planned for release on February 26th for the PC, Xbox One and PS4. In other news about JUMP FORCE, Cell, Piccolo, Kenshin and Shishio have been announced for JUMP FORCE's roster, check that story out here.