Jump Force will be getting some brand new additions according to the lastest release of V-Jump, introducing to the game Piccolo, Cell, Kenshin and Shishio. 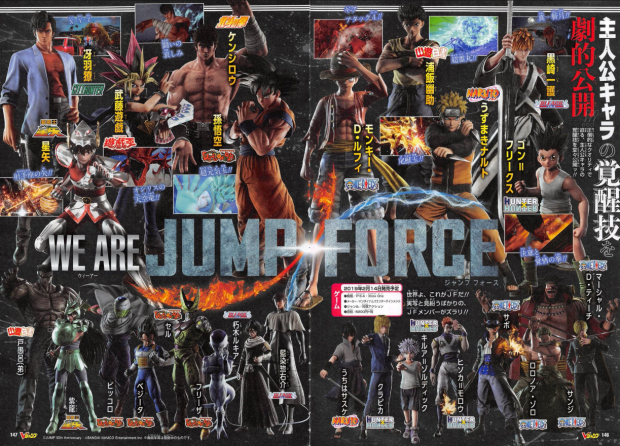 From the above image which has been taken from the lastest release of Japanese magazine V-Jump, we can spot Piccolo standing behind Vegeta in his iconic heavy armor set. Next to Vegeta on his opposite side we can see Cell in his 'perfect' form towering over Freiza. The other image located in the entirety of this post showcases in large Kenshin and Shisio, from the Rurouni Kenshin manga series.

Just last week we saw the additions of Super Saiyan God Super Saiyan Goku/Vegeta as well as Golden Freiza, check that story out here if you happened to miss it. We will be sure to get more trailers as well as more character announcements ahead of Jump Force's release, which is planned for February 19th, 2019. Jump Force will be arriving on the PC, Xbox One and PS4. For more information about Jump Force, visit the official website here. 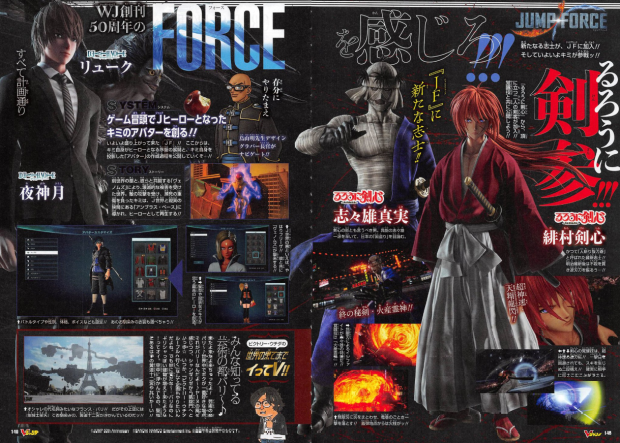