EK Water Blocks has just announced its new high-performance water blocks for both AMD and Intel sockets, with the new Velocity CPU water block coming in 14 different versions. RGBs are in the mix, but EK is also offering minimalistic bare copper cold plates as well, so you won't need all that RGB bling if you want a slick, clean look.

EK chose the Velocity brand for its new coolers as it was inspired by the "necessity to be lean and agile in the world of liquid cooling. A high-performance CPU water block is no good if it is too restrictive on the flow and it is bottlenecking your entire cooling loop.

Efficient coolant flow and performance should go hand in hand, and neither of the two should be sacrificed for one another". 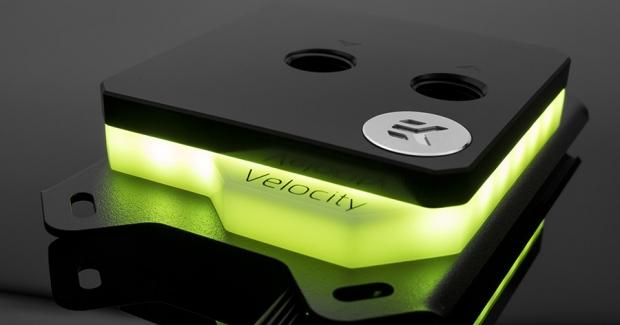 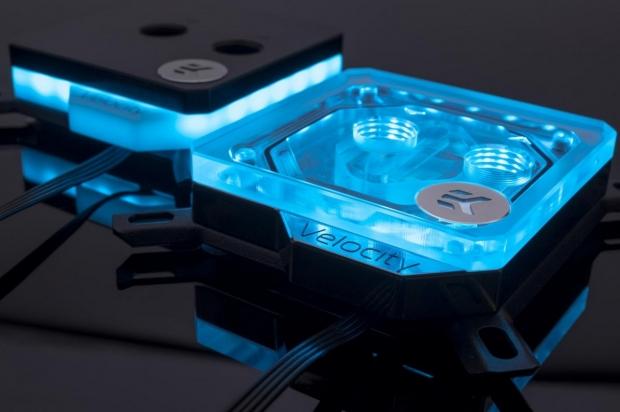 EK-Velocity is the new high-performance flagship premium quality CPU water block that features the 5th iteration of their EK cooling engine. EK has put some serious hours and engineering into each of its water blocks with the new Velocity being a culmination of "countless hours of simulations, research and marketing-leading engineering". 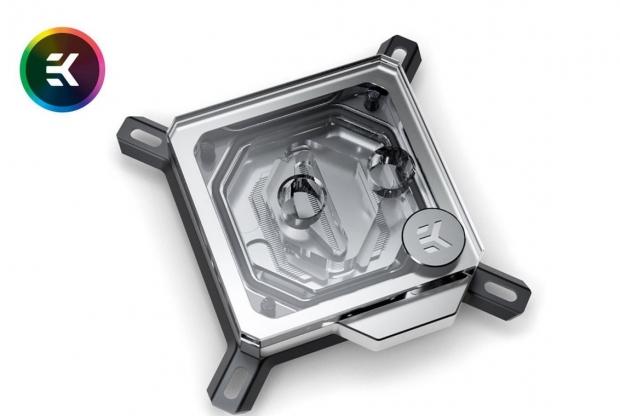 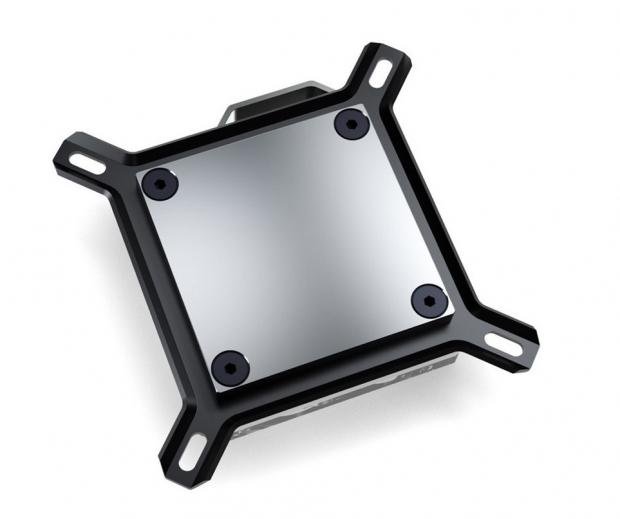 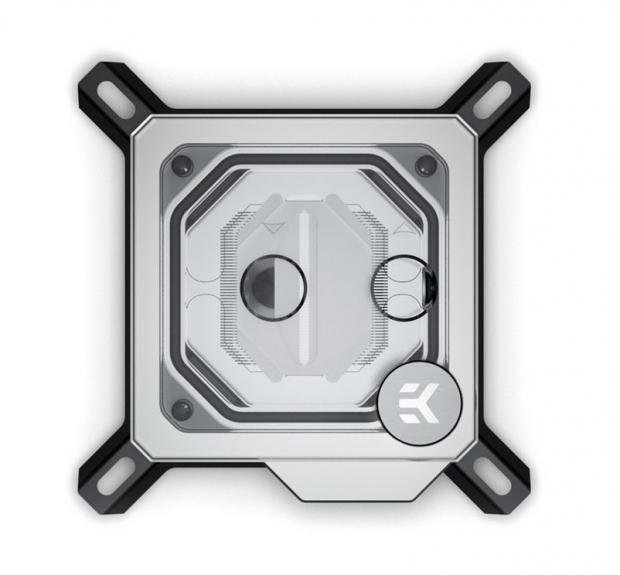 There are big changes inside of the new Velocity water blocks, where EKWB has used a new reinforced mounting bracket with a smaller streamlined mounting screws. A simple, but very welcomed change. The RGB versions of EK-Velocity feature 24 LEDs that surround the water block that will show off your new water cooled PC in the best light. 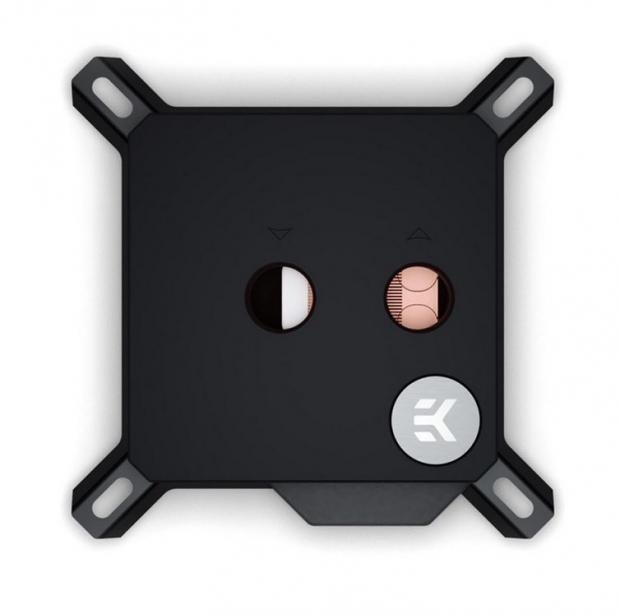 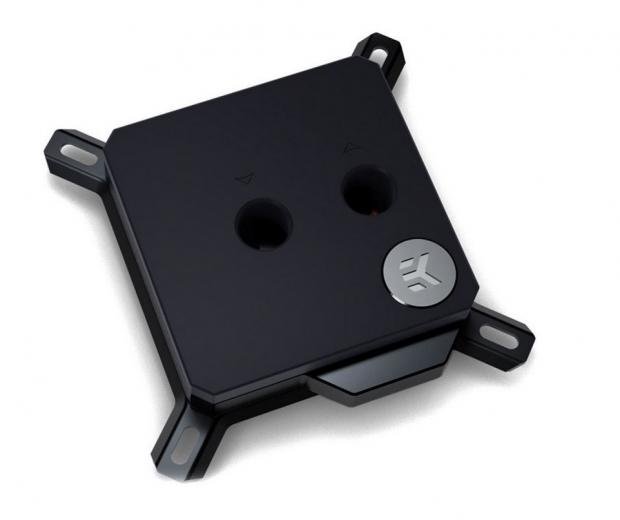 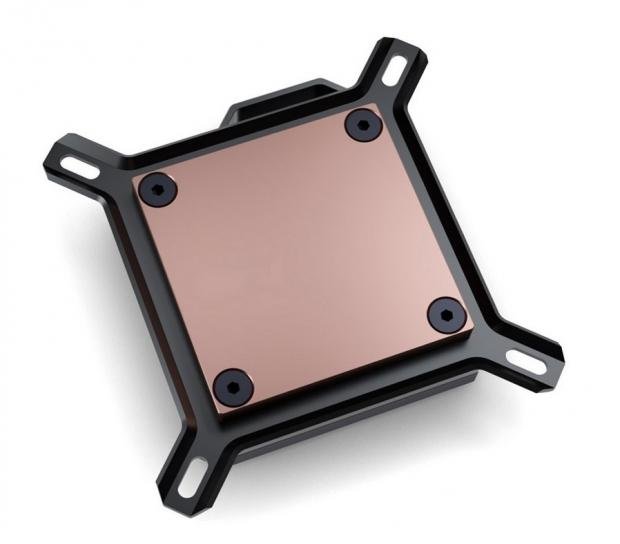 EKWB offers a plethora of different options with Velocity, with the new water blocks manufactured from the "purest copper available, that is further nickel plated or machined with precision for best possible contact and heat transfer. Detail piece with the notch is stylish and diffuses the light from LEDs if you choose the RGB version. The angular top piece comes in a variety of materials, from black POM Acetal, glass like Acrylic to full Nickel, all made to simultaneously dazzle and perform". 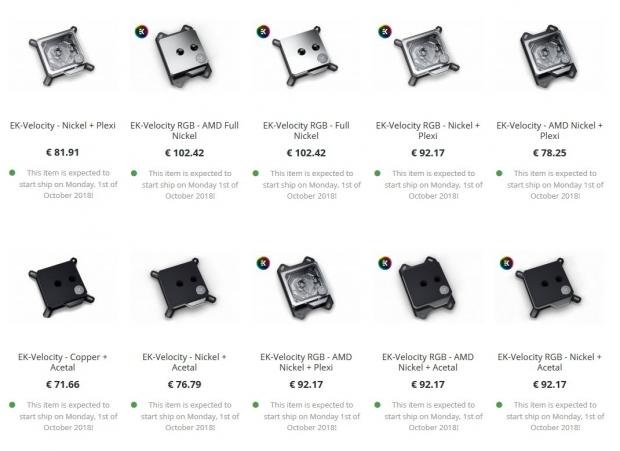