The just passing Nintendo Direct showcased the coming NES games to Nintendo Switch Online. Players will have the option of picking up some classic NES Joy-Cons to tackle these games, but they can only be used for those NES titles, nothing else. 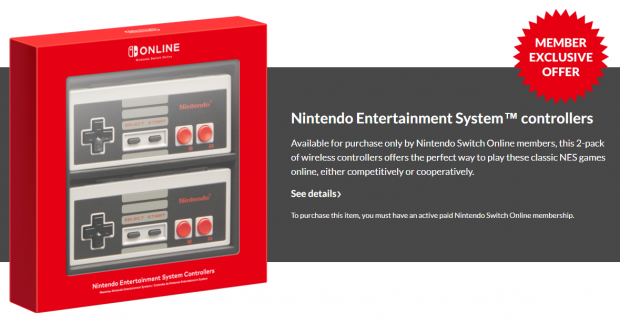 The choice of pay walls here are interesting, from what I have seen I have the community feels quite divided in terms of how to feel about this. I can see both sides of the problem, the restriction of the controllers behind the Nintendo Switch Online service does't really give us much of a choice, but when looking at the value for money, $20 for an entire year of membership is hard to pass up.

I think something everyone should consider when looking at this deal is how much time each individual is going to be spending on their Switch and the large variety of online service features etc. Will you get more than 20 hours of satisfaction from playing old NES games with your friends online? If the case, then you are essentially paying $1 for every hour you are using the service, not a bad deal for some good time on some old NES games if you ask me. That is just one part of the service as well.

I view the new NES controller option as an option for those players that want to go all the way, if you want that whole retro feel and are a bit of a collector then this is what you will buy. It is a shame that the controllers only work for NES games, but I do see the problem of why Nintendo decided to leave that feature out, remapping controls would of been a long process. For further information visit the official Nintendo Switch Online breakdown here.