A brand new trailer released onto the Kingdom Hearts YouTube Channel has revealed Sora, Goofy and Donald fighting alongside Big Hero 6, everyone welcome the friendly, caring, and yet extremely strong Baymax to the fight!

The newly released trailer from publisher Square Enix is unfortunately in Japanese, so it would be advised to watch it with closed captions. Moving onto what is actually shown in the trailer, we can see Baymax and Hiro flying down to meet Sora, Goofy, and Donald. The kind robot introduces himself as everyones "personal healthcare companion" and it can also be seen that Baymax gives Sora a Keyblade upgrade, transforming it into what is called Nano Arms. 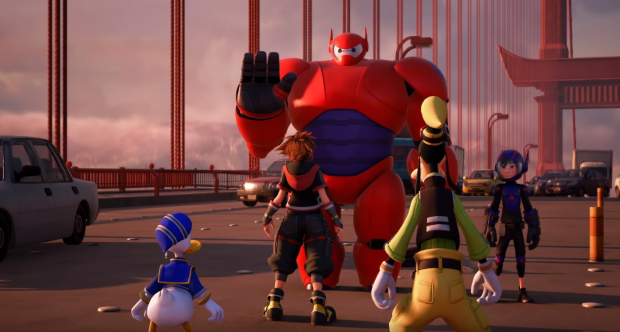