Call of Duty: Black Ops 4 isn't far away now and as we get closer to its release, Activision and developer Treyarch are teasing new details on the game. The official Twitter account for Call of Duty has teased the map for Blackout, COD's brand new battle royale game mode.

This is the "largest map in Call of Duty history" and it looks similar to PUBG's infamous 'Erangel' map. We have forests with a river running through the middle, as well as the 'Nuketown Island' which is similar to the military base on Erangel. 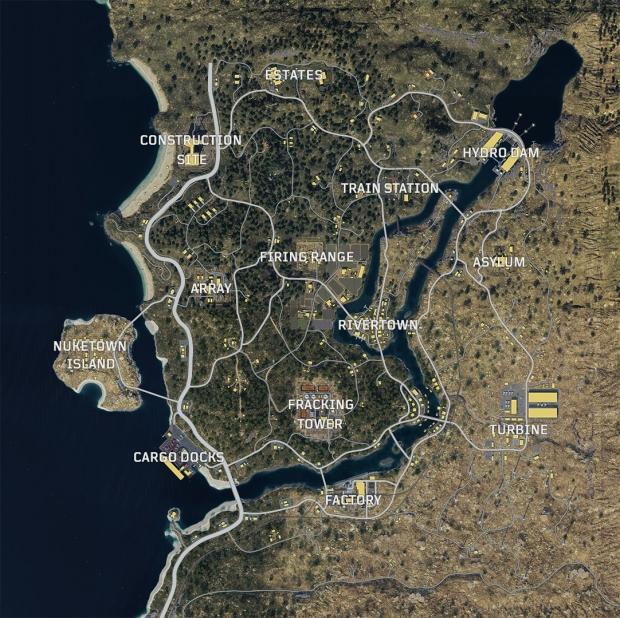 Treyarch has some interesting spots in the Blackout map, with 'Firing Range', 'Asylum', and the 'Fracking Tower' to surely be hits. But right up the top we have 'Estates' and the 'Construction Site' where I'm sure huge battles will go down, while the 'Turbine' in the bottom right could be interesting for some battles near the turbines, while taking the fight downhill to the 'Fracking Tower' or 'Rivertown'.

If you've pre-ordered Call of Duty: Black Ops 4, you'll get access to the Blackout Beta which kicks off the battle royale goodness on September 10 on the PS4.