Heaps of Devil May Cry 5 gameplay footage came out of the woodwork over the course of GameCom 2018, most of which was running on either the Xbox One X or PS4 Pro. Now some gameplay has been released for Devil May Cry 5 running on the base PS4, lets see how it checks out.

In a video released by Frame Advantage, we can see Capcom's Devil May Cry 5 running on the base PS4 at what seems to be stable 60FPS. This is quite an achievmenet for Capcom and judging by the video comment section fans of the series seem quite happy with the efforts the developer has made to achieve this stable experience.

According to the video's description, a member of Frame Advantage was allowed to capture this footage at GamesCom 2018 thanks to Capcom UK. It's not clear exactly how this footage was captured, but it seems to be quite legitimate. Devil May Cry 5 is planned for release on the Xbox One, PlayStation 4 and PC on March 8th next year. For more information regarding the upcoming title, visit the official Devil May Cry 5 website here. 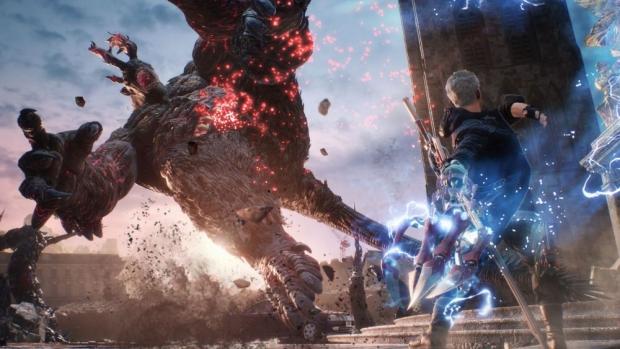