Ubisoft is keen on blurring history and myth together in its latest ancient Greece-set Assassin's Creed game. 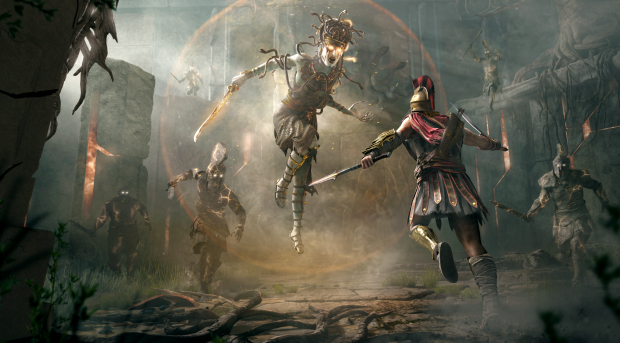 No game set in 5th century BC Greece would be complete without quests that take players into the heart of exotic myths. The Greek pantheon alone is so diverse and is accompanied by countless legends and stories, and it'd be a sin not to use everything possible to amplify the splendor and suffering of the historical period. Assassin's Creed: Odyssey will leverage more than a few of these unique storied monsters like the fearsome gorgon Medusa or creatures straight out of Herakles' tales.

"Over the course of their Odyssey, players will encounter Legendary Animals, inspired by the Herculean myths including the Nemean Lion with impenetrable golden fur, the Lykaon Wolf, an evil beast cursed by the Gods themselves and Kallisto the bear, the angry mother of the Arcadians, to name a few," Ubisoft wrote in a recent Gamescom 2018 press release.

"They will also have the chance to engage in battle with terrifying Mythical Creatures inspired by Greek legends, including Medusa."

I'm hoping there's tons and tons of these opportunities across the Aegean. I've always loved the idea of stepping into both history and that nebulous fog of myth in games like Assassin's Creed, and I'm quite excited given Ubisoft's prowess with Origins. 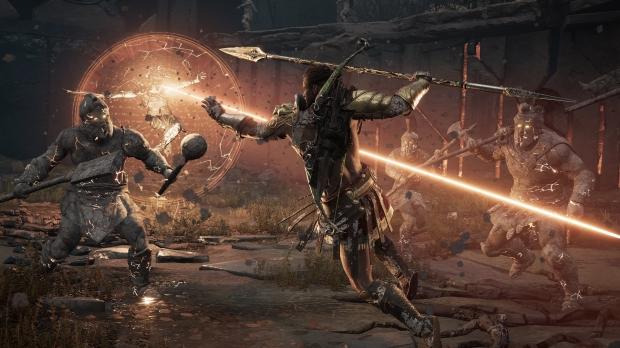 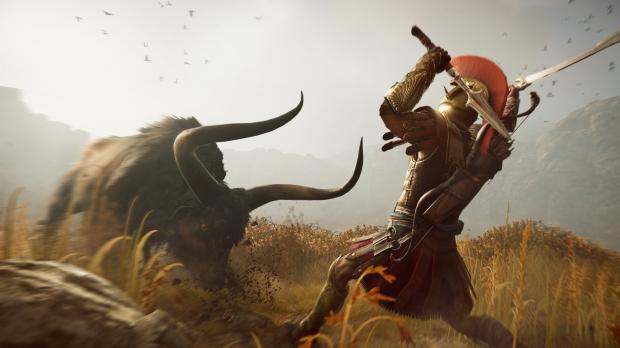 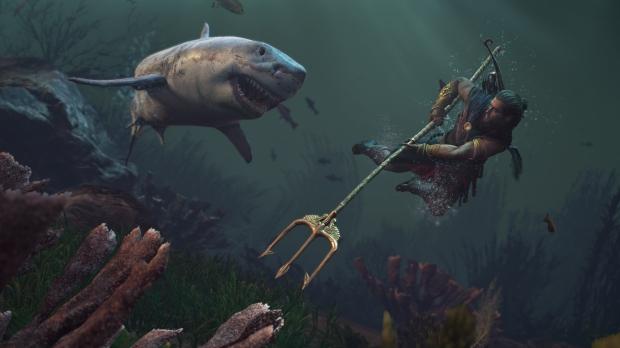 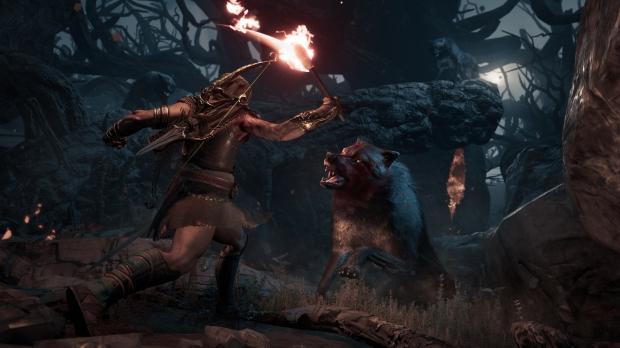 Also remember that gamers get to use Leonidas' Spear, a First Civilization relic with immense power. The series is known for using these mysterious relics to explain certain historical figures' rise by imbuing them with a supernatural power, and in Odyssey the theme is tied to felled Spartan king Leonidas.

Taking a look at Odyssey's full in-game map shows a world that's absolutely chocked full of secrets to explore...and I for one can't wait to unearth all of the surprises waiting in its seas and crags.

Check below for the full press release with a few more tidbits and details:

"Ancient Greece, 431BCE, a land rich with myths and legends, in the midst of the Peloponnesian War, fought between Sparta and Athens. This world is ruled by the gods, and shaped by myths and legendary creatures. The creative team behind Assassin's Creed Odyssey recaptured this pivotal moment in history when mythology merged with religion and tradition, shaping Ancient Greek life.

"As Alexios or Kassandra, players will encounter these myths firsthand, in the form of Legendary Animals and Mythical Creatures, while battling Mercenaries and defying the Cult of Kosmos. Mercenaries, skilled warriors, will hunt Alexios or Kassandra if they're caught breaking the law. These tenacious enemies boast advanced combat techniques and abilities, wield valuable weapons and can be accompanied by predatory pets. They will relentlessly track the hero on land and sea as soon as a bounty is placed over their head.

"Lurking in the shadows, the mysterious Cult of Kosmos has discovered the existence of a powerful artifact that they are using to spread their influence throughout Greece to manipulate its leaders. Intent on controlling ultimate control over Greece and taking down anyone in their way, these masked figures include politicians, merchants, pirates, generals and can be hidden amongst the hero's supposed allies.

"Over the course of their Odyssey, players will encounter Legendary Animals, inspired by the Herculean myths including the Nemean Lion with impenetrable golden fur, the Lykaon Wolf, an evil beast cursed by the Gods themselves and Kallisto the bear, the angry mother of the Arcadians, to name a few. They will also have the chance to engage in battle with terrifying Mythical Creatures inspired by Greek legends, including Medusa."