Information has surfaced to suggest that Dark Souls Remastered could be arriving to gamers on October 1st, this information comes from an email sent out by Amazon Italy.

Dark Souls Remastered was released onto the Xbox One, PS4 and PC on May 23rd, since then Nintendo Switch fans have been patiently waiting for the release onto the hand-held console. According to a user that pre-ordered the title for the Nintendo Switch, Amazon has sent out an email regarding the release date, it has scheduled the launch for October 1st.

Unfortunately, we do not know if this is just a placeholder date since Amazon have a tendency to have placeholder dates for products that are unreleased. The publisher, Bandai Namco and the developer FromSoftware are no doubt working tirelessly to get the Nintendo Switch port for Dark Souls Remastered out as soon as possible. They have been working on it for quite some time now so this could very well be the genuine release date, but until there is an official statement made from either the developer or publisher, do take this email date with a grain of salt. For further information regarding Dark Souls Remastered check out the official website here. 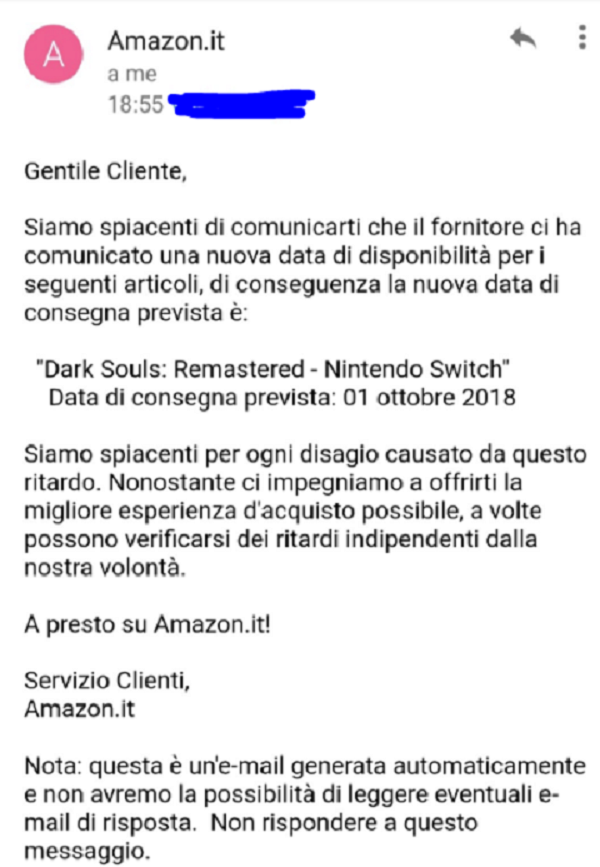