Back in the July of 2010, the sequel to StarCraft, one of the most known real-time-strategy games ever released. It has been eight years and counting since the release of StarCraft II: Wings of Liberty, and to celebrate the games eighth anniversary Blizzard will be giving out prizes. 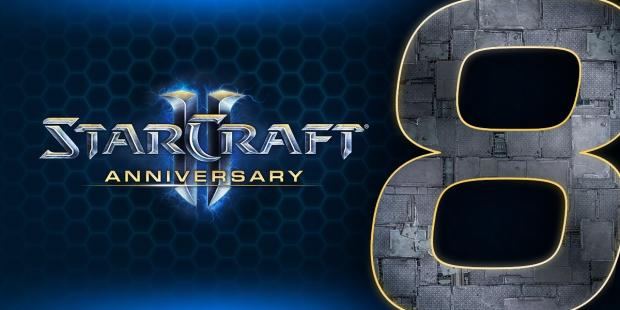 Blizzard released the first StarCraft back in 1998, players that fell in love with the millitary science fiction RTS had to wait a further 12 years to get the sequel. Since the sequel has released, two expansions have been added onto the initial game, StarCraft II: Heart of the Swarm and StarCraft II: Legacy of the Void. Blizzard have decided not to add any further content to the title and have actually seen the game age so well that they decided to make the title completely free-to-play.

To celebrate the eighth anniversary of StarCraft II, Blizzard will be rewarding any player that jumps into a versus game with a brand new cake portrait. In-game celebrations will also be apparent as well, whenever a player builds a structure fireworks and banners will be displayed on screen. Experience wise, Blizzard will be "activating a 100% bonus to the base experience gained in co-op commanders and for leveling up individual races in versus." This double experience will be lasting until July 30th, for further information regarding the eighth anniversary visit the official Blizzard StarCraft II blog here.