Paladins, the first-person hero shooter that debuted to the Nintendo Switch last month came in with a price-tag of $30 in the form of a founders pack. Now, Hi-Rez Studios the developers behind the title have now made the game completely free-to-play.

When Paladins released on the Nintendo Switch the developers did say that the title would be going free-to-play during the summer of this year. That time has apparently come, players can now download the Paladins from the Nintendo eShop completely free.

For those that don't know, the Nintendo Switch version of Paladins supports cross-play between the Switch and Xbox One (PS4 not included). A positive feature for Paladins running on the handheld console is that the title comes in at a smooth 60FPS, while also being sprinked with regular content updates from Hi-Rez Studios. If you want to check out Paladins for your Nintendo Switch visit the title on the eShop or check it out here on the Nintendo website.

In other news about Paladins, if you missed out on the splash art scandal that resulted in Hi-Rez Studios having to fire their art contractor definitely catch up on those. 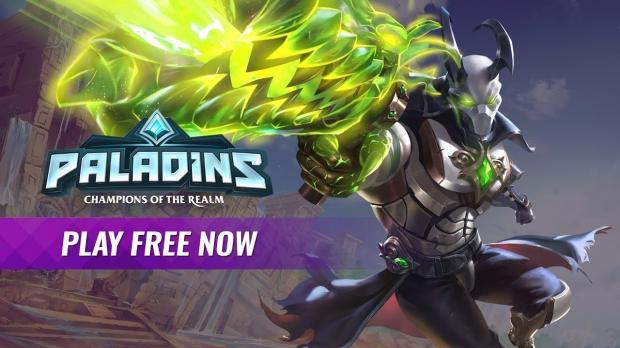