Nintendo have taken to their Twitter page to release some brand new screenshots of Cerulean City, the four screenshots showcase Gym Leader Misty and more.

Players will notice that these screenshots are of the one of the cities in the Kanto region, more specifically Cerulean City. From the images we can see that Cerulean City is completely surrounded by waterways, the Twitter post also reminds players that there is a "mischievous Squirtle roaming the city", and it is awaiting to be captured by a skilled enough player.

Both of the Pokemon Lets Go games will give players the opportunity to use the Poke Ball Plus as a method of catching Pokemon. This new controller lights up, makes sounds and has complete motion control, it will replace the typical Nintendo Switch Joy-Con and allow for players to throw Poke Balls in-game with the physical flick of their wrists. For further information about the Pokemon Lets Go games visit the official Pokemon website here. 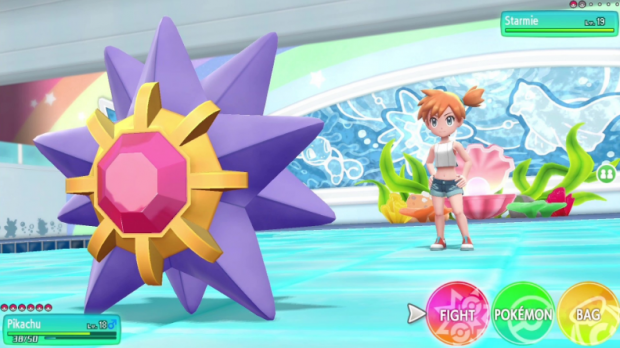