Back in May, Capcom released the Mega Man 11 trailer for the brand new Mega Man installment coming to gamers. Now, the company has unveiled a new boss for the title, introducing Blast Man as he makes an explosive entry. 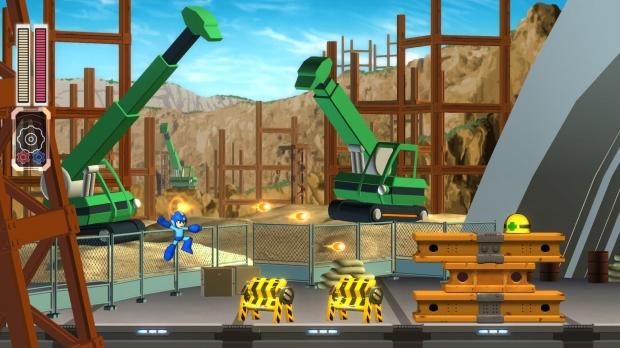 According to the post on the Capcom website, Blast Man's stage will be quite challenging for players as new enemies have come forward. Some of these new enemies include "fireball-launching foes and explosion-prone mini-bots" while other enemies are in the form of environmental foes, "volatile boxes littered about each room, just waiting for a reason to detonate."

Those that aren't caught up on Mega Man 11, the newest installment into into the series will be changing things up abit but also keeping iconic characters. "Dr. Wily is back to his mischievous ways and has had a true flash of evil genius, deciding to invest in an ambitious idea from his time at Robot University" to combat him "Dr. Light, who also recalls this inventive idea, decides to upgrade Mega Man with this powerful prototype known as the Double Gear system. The Double Gear system in Mega Man 11 adds a unique new twist on the satisfying platforming action, offering options to enhance Mega Man's speed and power on-the-fly." For further information regarding the new boss and his explosive stage, visit the official Capcom post here.