Nintendo have come forward and said that they are more than ready to tackle the demand of the Nintendo Switch throughout 2018. Even though massive titles are releasing such as Super Smash Bros. Ultimate and Pokemon Eevee/Pikachu. 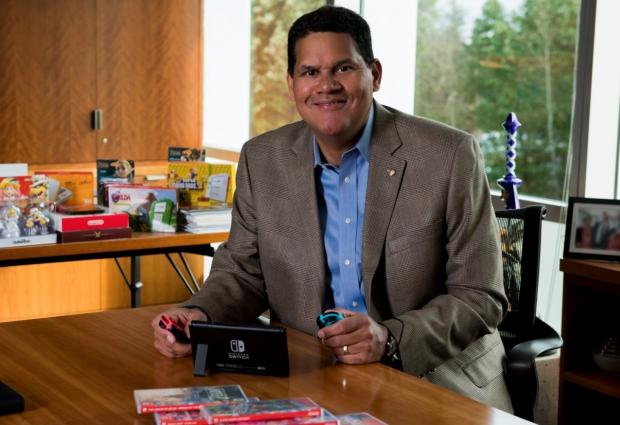 Game Informer has been lucky enough to sit down with Nintendo of America President Reggie Fils-Aime, during the interview the subject of Nintendo Switch supply was discussed. Andrew Reiner asked Fils-Aime "With Super Smash Bros. Ultimate hitting this holiday, let's talk about hardware. Switch is still selling like mad. Are you going to be sending out more during the holiday [to meet demand]?" Super Smash Bros. Ultimate releasing isn't the only title Nintendo has to consider though, Pokemon Eevee/Pikachu will also be releasing in 2018 with numerous other titles, Fils-Aime and Nintendo don't seem bothered by this at all though.

Fils-Aime replied to the question with "Absolutely. Our goal as a business is to drive momentum and create excitement to get people who have heard about the hardware, but haven't yet bought it, to jump in. Our biggest failure is when the consumer goes to the shelf and it isn't there. We're focused on making sure the supply chain is going to be robust."Fils-Aime continues and says that Nintendo as a whole is "highly confident that we are going to be able to meet the demand." If you wish to view the full interview where other topics were also discussed it can be viewed here.