Seriously, there is nothing worse than a crappy teammate who doesn't join the team voice chat in Overwatch and then does a crappy job at their position in the game, losing that precious SR. Well, the latest update to Overwatch should do a great job at escaping that crap.

Blizzard has introduced their new Endorsements system for Overwatch, which is similar to the Honor system in League of Legends, where you'll receive additional XP if players endorce your great teamwork. There are five Endorsement levels to work through, with rewards the entire way. As a Mercy main, I might finally feel special at the end of a round after I've healed my team by 20-25K. Yay!

Better than that, is that you shouldn't get stuck with a badly composed team with Blizzard offering up a new Looking For Group option that will let you find a team with your own options. This will include options for specific roles, overall team composition, and Endorsement levels. You can merge with other groups as well, so you shouldn't be stuck with some noob who drags your SR down.

Blizzard has also included a bunch of gameplay tweaks, with Symmetra receiving some new tweaks since she's been moved to the "Damage" category. Symmetra features new attacks, new abilities, and even a new ultimate. The developer has also made changes to the Horizon Lunar Colony map, which has been reworked for both balance, and appearance.

The new Overwatch patch is available right now, and if you want to add me and battle for SR together, add me (anthony256#1614)! 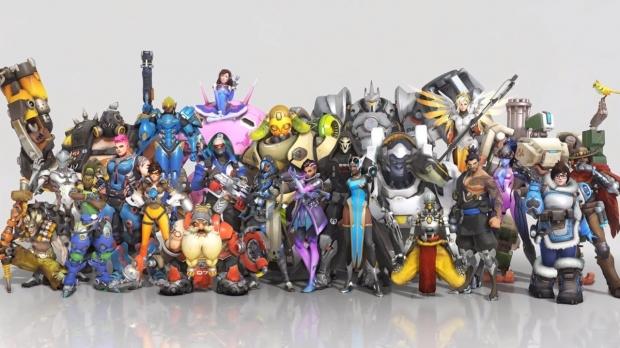