The pre-E3 leaks just aren't slowing down and have now revealed the existence of Just Cause 4, taking some thunder away from Square Enix's press conference. 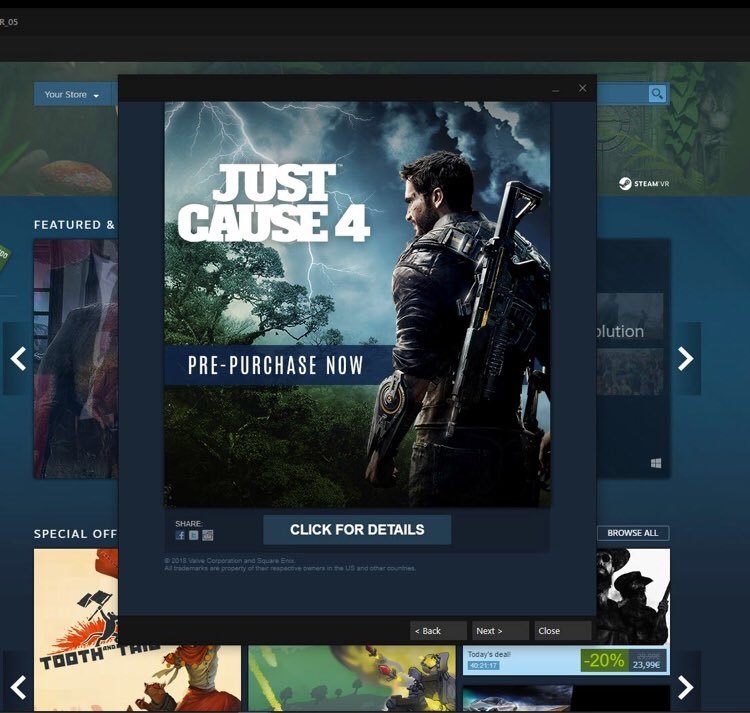 Just like many online retailers (looking at you Walmart Canada) Valve accidentally revealed Just Cause 4 by way of Steam startup ad. The actual store page for Just Cause 4 isn't live just yet, however, so exact details are still unknown. The game was just one of the many titles revealed on Walmart Canada's storepage that have been confirmed so far; others include RAGE 2 and the newly announced Assassin's Creed: Odyssey.

Just Cause 4's existence means that Avalanche Studios has been quite busy. The dev studio was recently acquired by Dutch film company Nordisk Film and has apparently been working on not only Just Cause 4, but it's newly announced IP Generation Zero, and will assist id Softworks with tons of open-world aspects of RAGE 2.

Shortly after the purchase Nordisk Film said that Avalanche had "exciting new projects in the works," and this looks to be them.