It isn't long until Donkey Country: Tropical Freeze debuts to the Nintendo Switch, ahead of its launch Nintendo has released a new Nintendo Minute episode revealing the titles speed run mode.

The video details that players will have the option of playing levels in the 'Funky Mode' which will change the players character into the surfboard riding Funky Kong. If a player completes a level in 'Funky Mode' they will have the option of replaying the same level in the 'Time Attack' mode which will give players the chance of winning a bronze, silver or gold medal based on their achieved time.

The scores that players achieve will also be available to upload to a online leader-board for each of the respective levels. If you have missed the recently released Donkey Kong Country: Tropical Freeze trailers check out the overview trailer and also the introduction to the Kongs trailer. 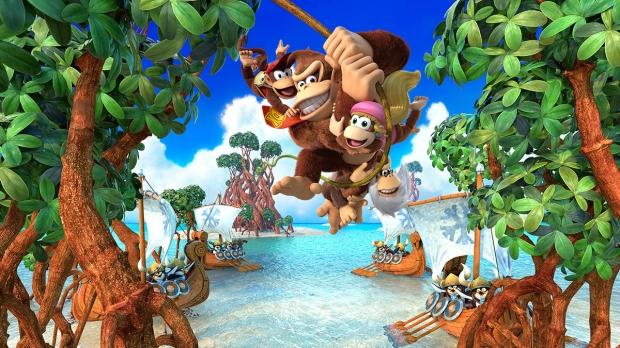