As the release date for Donkey Kong Country: Tropical Freeze moves closer and closer Nintendo has released two new trailers for the upcoming title, meet the Kong family everyone!

Nintendo's release of two new trailers has a main goal of introducing potential players to the Kong family. The first trailer located above allows us to meet the very iconic Donkey Kong, we can see him progressing through the levels of Donkey Kong Country: Tropical Freeze with his pal Cranky Kong.

The second trailer showcases the very stylish Funky Kong and his trusty surfboard. Just like the first trailer, we can see quite a lot of gameplay of Funky Kong progressing through the levels. Funky Kong will only be available to play on the Nintendo Switch version of the game, which is planned for release on the 2nd of May. 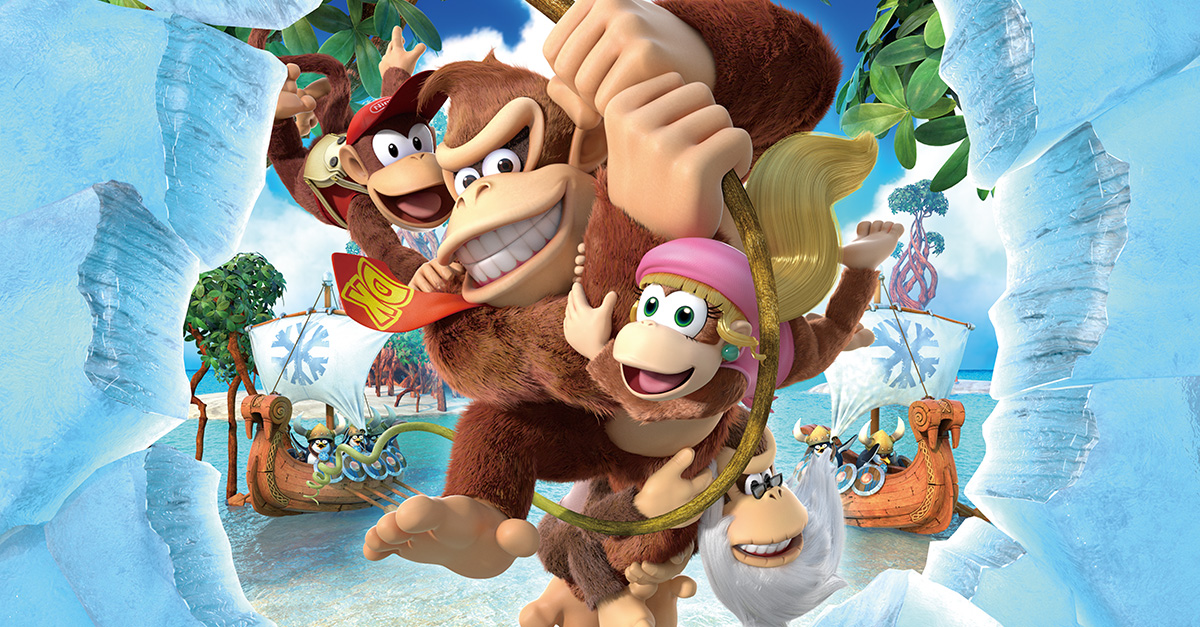