A new trailer has been released by Nintendo UK on their YouTube Channel, the video details an overview for the upcoming Donkey Kong Country: Tropical Freeze on the Nintendo Switch.

The above video showcases exactly what players need to know if they are considering picking up Donkey Kong Country: Tropical Freeze for their Nintendo Switch. The overview consists of every aspect of 'fun' that players will be experiencing throughout the game.

The video also explains that the Nintendo Switch version of Donkey Kong Country: Tropical Freeze will be featuring co-op by simply "passing a Joy-Con controller to a friend." If you are not familiar with the Kong another trailer introducing the family can be found here, as well as another 'chilly' trailer here. 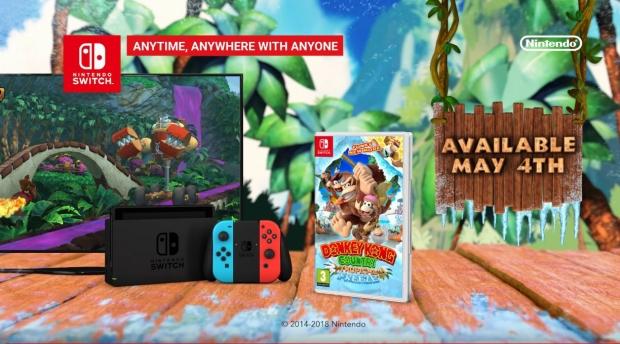