Nintendo has released a new trailer for the port of Donkey Kong Country: Tropical Freeze coming to the Nintendo Switch.

The new trailer showcases a cinematic of Donkey Kong and his friends crash landing on an island, once landed the trailer turns to gameplay which shows players having to traverse the island completing a variety of different puzzles in different settings.

The trailer concludes with Nintendo showing off the release date for the upcoming Switch title, the release date is currently set for the 4th of May. Check out the above trailer if you are interested in picking up Donkey Kong Country: Tropical Freeze for your Nintendo Switch. 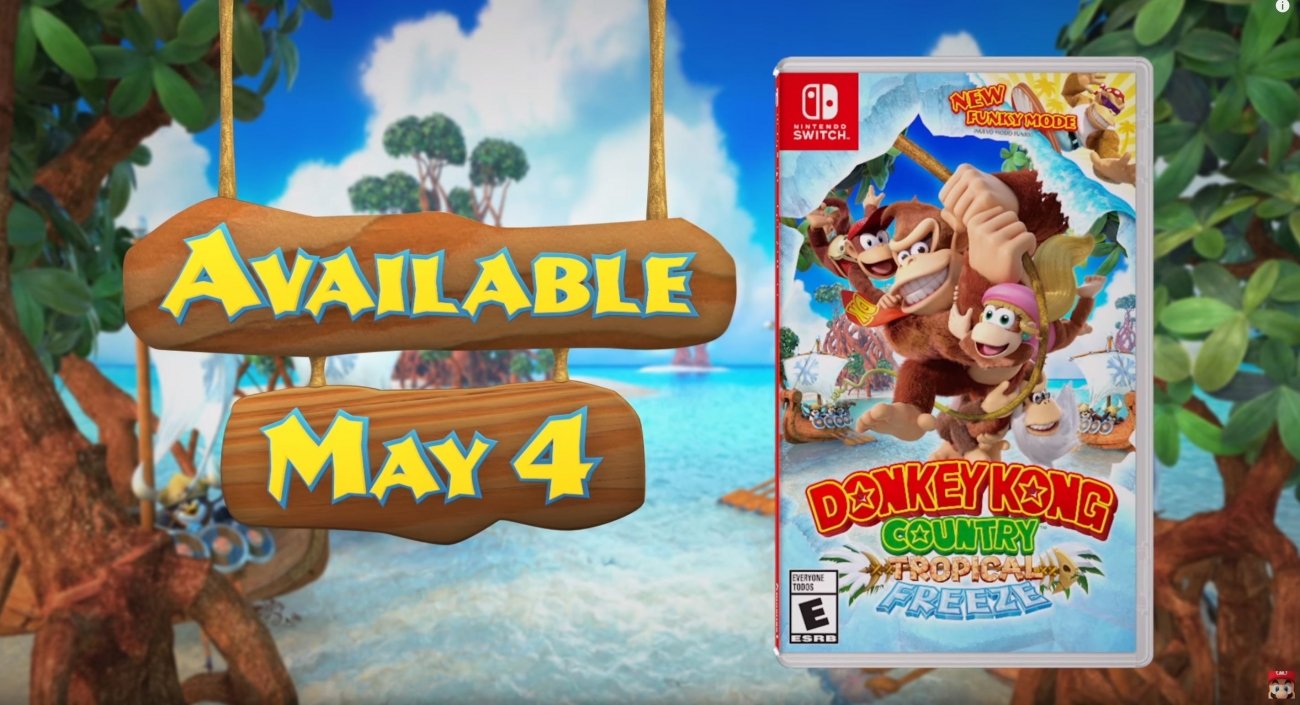