NVIDIA has officially unveiled its monstrous new TITAN V graphics card, a new Volta-based graphics card that packs a huge 5120 CUDA cores and 12GB of HBM2 for a massive $2999.

Our friends at GamersNexus have performed an awesome teardown of the card, both on video (embedded above) and in written form. I won't cover the teardown itself as you really should spend the time watching Steve's video on it (his hair is glorious, I know) or alternatively read the full teardown article that covers everything under a microscope in terms of detail.

GN did point out that the card "follows the same screw pattern as all previous NVIDIA Founders Edition cards, including the Titan Xp and GTX 1080, primarily isolating its cooler and shroud into a single, separable unit". As for the build materials of the TITAN V, GamersNexus point out that they "are all the same, assembly is the same, but the underlying GPU, HBM2, VRM, and heat sink are different". 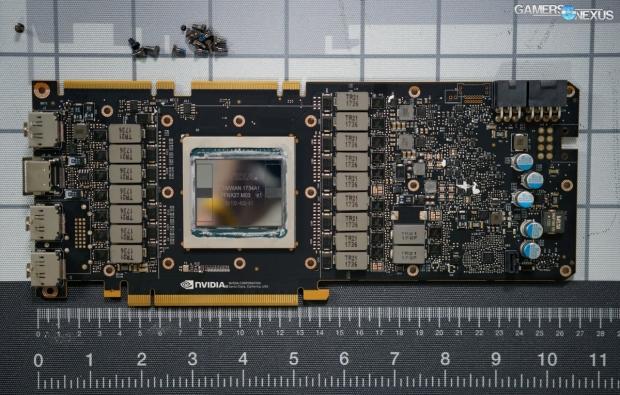