Bluehole has been teasing PlayerUnknown's Battlegrounds new desert map for a while now, and hell even NVIDIA were showing off new screenshots from the new map, and now we finally know it will be called Valle Coronado. 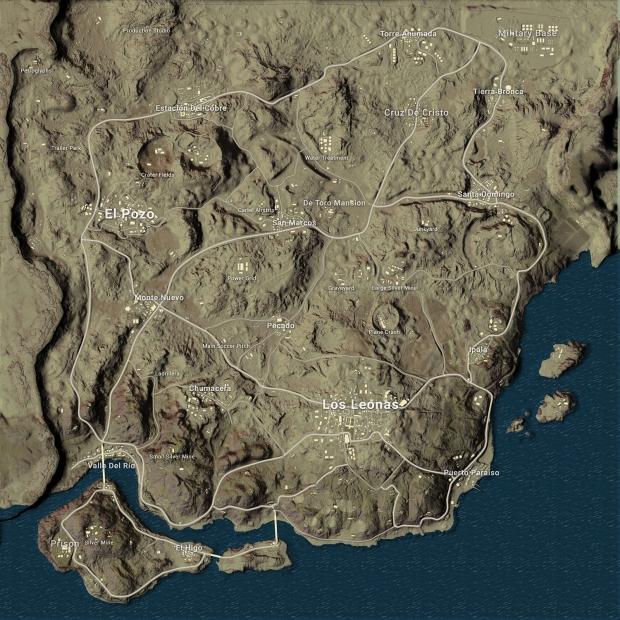 The leak comes from a place that shouldn't surprise you, with Reddit user 'bizzfarts' showing off the new title on the PUBG subreddit. We can see that we have a bunch of towns we'll be visiting and battling people in with Santa Domingo, Monte Nuevo, and Los Leonas. Los Leonas looks pretty huge, with some great gameplay and battles to be had on that mountain rage. Hell yes.

There will be three new Western-style weapons on offer, with the Winchester 1894 lever-action rifle, a new revolver in the form of Rhino, and a sawed-off double-barrel shotgun. We don't know if these will definitely be in the game, or exclusive to the new Valle Coronado map, but we will know more soon when PUBG hits the Xbox One on December 12, and the new v1.0 release on the PC before the end of the year.