NVIDIA is preparing for the impending release of Star Wars Battlefront II, which is right around the corner by the way, while providing Destiny 2 gamers with a massive performance increase courtesy of the just-released GeForce 388.31 WHQL drivers. 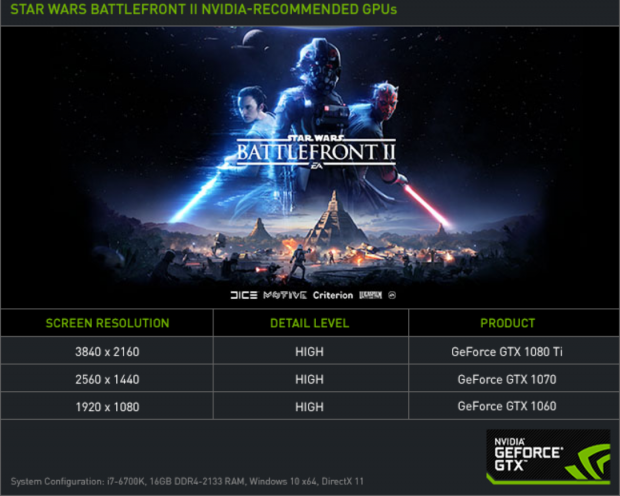 The new GeForce 388.31 drivers are also optimized for Injustice II, but NVIDIA is offering a freaking game-changing 53% performance boost in Destiny 2 with the new drivers. The second big deal here is the Game Ready drivers prepare GeForce gamers for Star Wars Battlefront II, with a GTX 1060 running the game on High detail at 1080p with an average of 72FPS. Not bad at all. 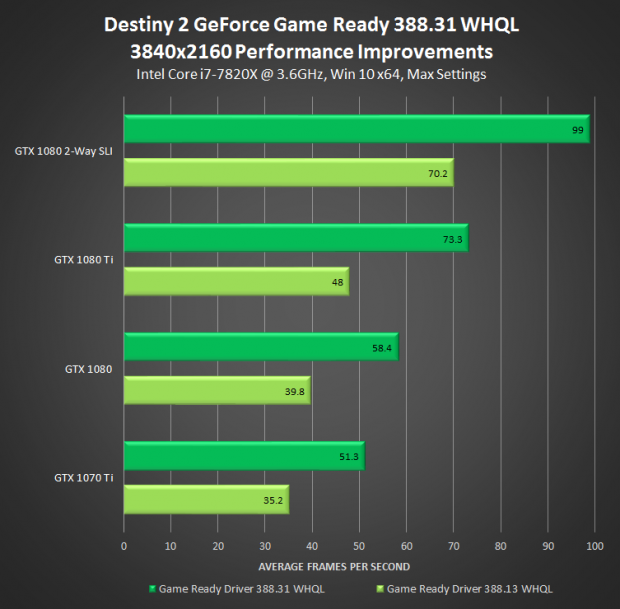 Destiny 2 sees a huge improvement in performance, even with GeForce GTX 1080s in SLI with 99FPS average at 4K on Max settings when coupled with an Intel Core i7-7820X. This is a huge improvement over the 70FPS from the previous 388.13 drivers. The GTX 1080 Ti sees the biggest improvement, increasing 53% from 48FPS to a huge 73.3FPS with the new drivers.