Can't wait for the Call of Duty PC multiplayer beta to begin? Neither can developer Sledgehammer Games, who took to Twitter to announce that the PC beta is now live!

The #CODWWII PC Open Beta is now live! Give us your feedback and stay tuned for updates throughout the weekend: https://t.co/VFRPayqqQJ pic.twitter.com/7FuicXdPH4

Popular Now: Sony tried to bring PlayStation Plus to Xbox, but Microsoft 'will not permit' it
â€” Sledgehammer Games (@SHGames) September 28, 2017

Originally set for a September 29 release, it appears that Sledgehammer Games were in a generous mood and released the PC beta a day early on Steam. There's been no official confirmation, but expect the beta to continue through to October 2 as originally planned.

Head over to the CoD:WWII Steam page to download the beta now. If you can wait, November 3 will see the full release of Call of Duty: WWII on PC, Xbox One and PlayStation 4. 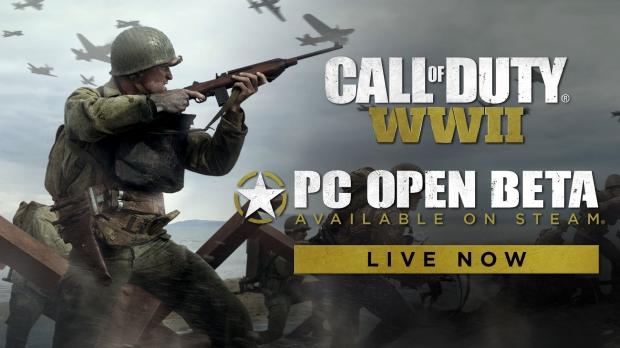